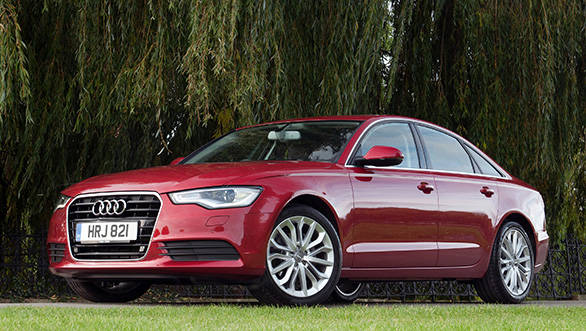 Audi has announced the pricing and mileage figures for its 2014 A6 TDI, A7 TDI, and Q5 TDI. The 2014 models will all arrive at U.S. dealers in late summer.

"As drivers increasingly look for high fuel efficiency and low-emissions output, demand for diesel is on the rise. The introduction of the highly-efficient Audi A6, A7 and Q5 TDIs continue Audi's commitment to clean diesel technology and further the brand's focus on balanced performance solutions that improve efficiency and driving dynamics," said Audi of America president Scott Keogh.

The 2014 A7 TDI will start at $67,795 and return the same fuel economy as the A6 TDI, along with the same power output. The A7 TDI starts with Premium package and all the features. This sedan would also be the most expensive in the A7 line, as the existing price of the A7 Prestige variant is $67,045.

Audi's new Q5 TDI will come in at $47,395 and return 8.5 kmpl in the city but only 10.9 kmpl on the highway. Power remains the same as the A6 and A7. Three new metallic colours are offered, Volcano red, Maya brown and Lava grey. The Q5 TDI comes standard with leather upholstery, MMI navigation and Audi connect. The Q5 will join the new 354PS SQ5 in Audi's 2014 range. It will be the first diesel-burning Q5 to hit the US shores.