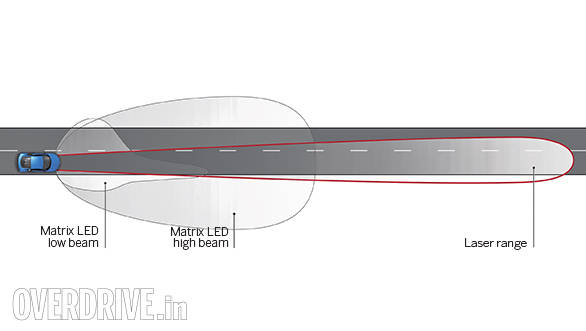 The night is dark and statistically full of terrors. A US study recently revealed that while night traf?c is just 25 per cent of all traf?c, it accounts for 50 per cent of all accidents. But Audi is planning on changing that with its 2014 A8. The A8 was recently launched and we've finally got the opportunity to experience its revolutionary headlamps. Automatic headlamps of various sorts have been around for a long time now and they do some amazing things. Many of today's systems already automatically cut the high beam but the Matrix LEDs take it one step further. While current systems simply cut the high beam when they sense oncoming vehicles, the Matrix LEDs only cut the high beam around the other vehicle, keeping the rest of the road bathed in full beam. This is possible because each headlamp is composed of 25 different LEDs which switch on and off as per the oncoming vehicles' position. The system is super fast and Audi claims that nearly a billion combinations are possible. The result is subtle and you never really notice much except for the pop of light that appears to your left as soon as the oncoming vehicle passes. The system can recognize upto eight different approaching vehicles. It also uses GPS data to activate only when outside city limits and above speeds of 30kmph.

The lamps also use the navigation system to know when the car arrives at a junction so that they can widen the beam to give you maximum visibility. The cornering function simply brightens the LEDS on the side of the lamp to give you brighter light in the direction of the corner. If you option the night vision assist system the lights will detect hidden humans and large animals in the background and produce three strong bursts of light to make sure the are visible to the driver. 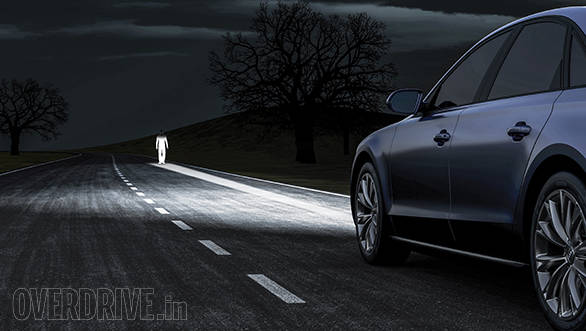 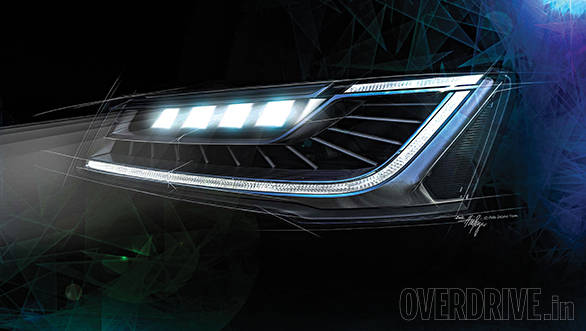 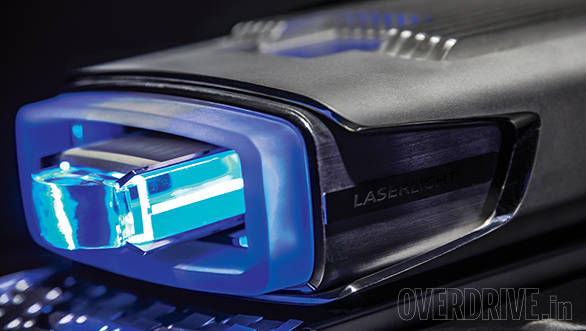 The Matrix LED is the best automotive lighting system experienced yet. But what truly boggles the mind is that the next generation of laser lighting promises to take the game much further ahead. Audi themselves very recently launched the R8 LMX with laser headlamps as standard and BMW offers them as an option on the i8 hybrid sports car.
The R8 LMX has Matrix LED headlights but gets a laser module for the high beam. The pinhead-sized laser module, placed in each headlight, comprises of four high-power laser diodes with a diameter of 300µm. This generates a blue laser beam with a wavelength of 450 nanometers. This blue light is passed through a phosphorus converter to transform it into white light, ideal for the human eye which enables the driver to recognize contrast more easily and helps prevent fatigue. Now, this beam supplements the Matrix LEDS and increases the field of view to about 500 metres, more than double the distance from the LEDs. All this while achieving twice the luminosity of standard LED lights, making it even sharper, safer, and more efficient. 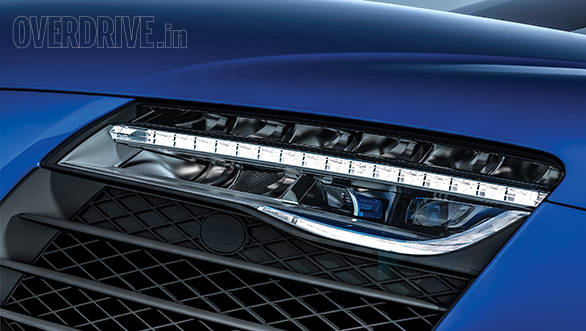 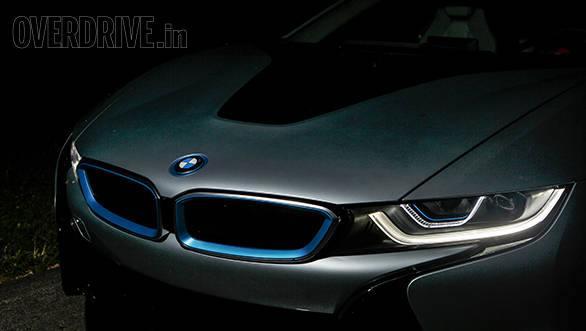 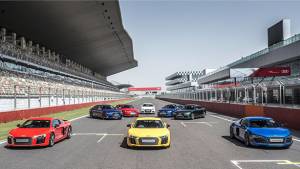 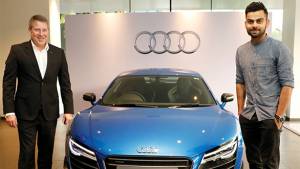