The second round of the Audi R8 LMS Cup one make championship was held at the Chang International circuit in Buriram, Thailand. The first race of Round 2 saw the defending champion Alex Yoong of Team Teda Racing emerge victorious. Completing the podium were MGT Team by Abolute's Alessio Picariello and Marchy Lee from Audi Hong Kong. Indian driver Aditya Patel finished the race in seventh position. Yoong leads the championship currently with 52 points followed by Picariello at 47 and Rahel Frey third with 44 points. 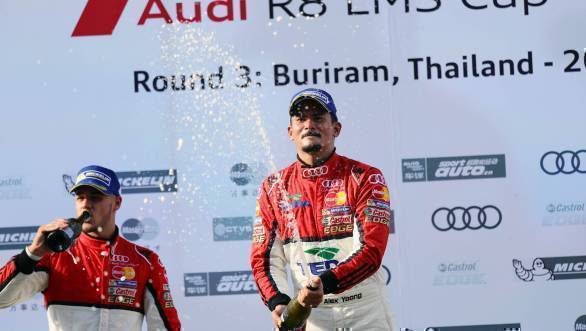 The race started with pole sitter Picariello and Lee in a tussle, which ended in the third placed Yoong making a bold move for first place. Thereafter he was hotly pursued by Picariello but was able to hold on to the number one spot. Aditya Patel in the meantime had climbed up a position to 6th after overtaking Jan Kisiel from KCMG. The two engaged in a fierce duel with Kisiel finally overtaking Patel in the eighth lap of the 17 lap race. Patel had to then settle for the 7th position. Patel who earlier told OVERDRIVE that he has had some issues with the car right from the first race in Shanghai was a bit wary about how things might shape up. The engineers did reset the car's software but in the end, it didn't work out and one could clearly see Patel losing pace around corners. 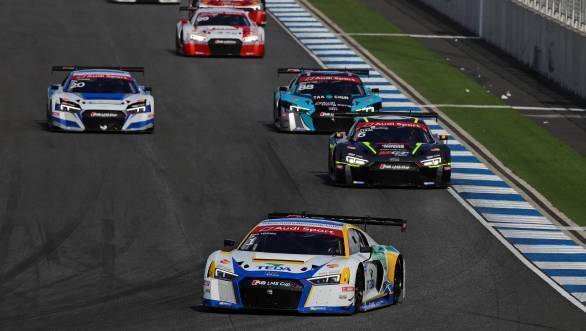 Of special mention was also the Shanghai race winner Martin Rump from Champion Racing Team. Rump who started from position eight, right behind Patel spun out on the second lap and then had to come to the pits with some mechanical trouble. Rump rejoined the race after the ninth lap, but was forced to come back to the pits within the next couple of laps. The silver lining though is that he set the fastest lap record of the day and hence will start the race tomorrow in pole position.

In the Amateur Cup, Jeffrey Lee of team Audi Volkswagen Taiwan finished on pole ahead of Vincent Floirendo of EN Sport by Absolute and Sun Jingzu of Absolute Racing. Daniel Bilski, who is also the defending champion from Thailand-based team B-Quik Racing was victorious in the Masters Cup classification.