The Q4 concept previews a new crossover that will be positioned between the Q3 and the Q5  will compete with likes of the BMW X4. 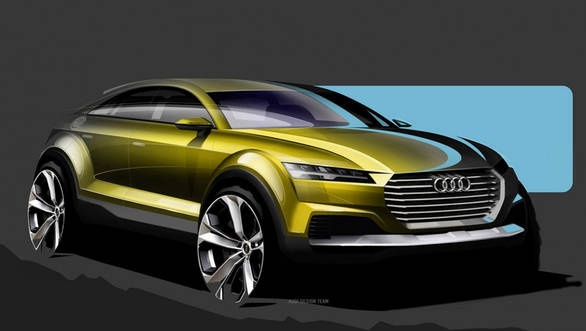 Before making its first public appearance at the 2014 Beijing Auto Show, the Audi Q4 has been revealed on the internet through a series of sketches. The Q4 concept is a coupe-crossover that appears like a sportier evolution of the 2007 Audi Cross Coupe concept that shaped the Q3. The concept combines the crossover form with the sporty styling seen recently on the new TT  sharp LED headlamps, chiseled fascia, narrow glasshouse, aluminium fuel filler cap and of course, the interiors. 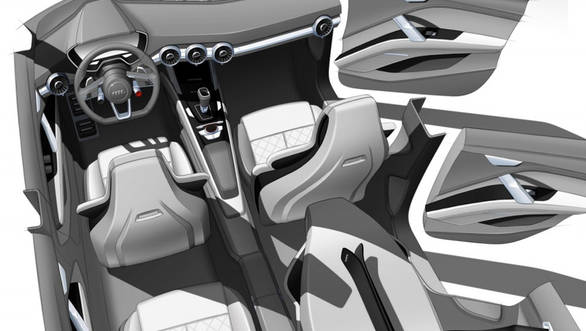 The interiors too are inspired by the TT

With the 2014 All-road Shooting Brake concept, Audi had made its intensions clear about developing a coupe crossover based on the TT's theme. The Q4 concept takes this idea further, but unlike the TT, the Q4 is a five-door model. The concept features a hybrid powertrain comprising of a 2.0-litre petrol engine mated to a dual-clutch transmission and an electric motor. There's an additional electric motor powering the rear wheels, giving it Quattro (all-wheel drive) capabilities. 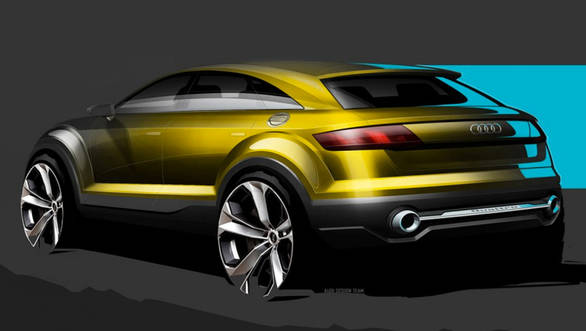 The Audi Q4 Concept features quattro and a hybrid powertrain

Interestingly, the concept will be unveiled at the same period when BMW debuts its production-ready X4 coupe-crossover - which will be the Q4's rival if Audi puts it into production. Other rivals would include the Range Rover Evoque and the upcoming Porsche Macan.

Electric vehicles and driving with...