Aston Martin has confirmed its plans of creating a new super saloon, inspired by the William Towns-designed 1976 Lagonda. The luxury car, bearing the Lagonda badging will be offered exclusively in the West Asian market. 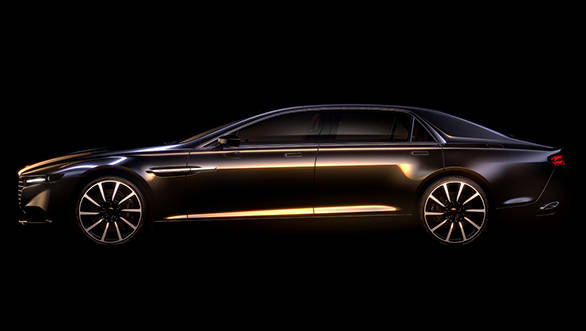 While the design will see a revival of the iconic Lagonda ethos, the car will be based on Aston Martin's current flexible VH architecture. The brand plans to incorporate modern automotive technology such as carbon fibre body panels into the super saloon.

The limited series will be created at Aston Martin's Gaydon facility, which was previously the production site for the One-77 hypercar, and will be hand-crafted for a select clientele. We use the word 'select' because the car will be offered for sale "by invitation only" (their words, not ours).

While Aston Martin will maintain confidentiality of the pricing details, the asking price will depend on the difference in quality, exclusivity and luxury value additions for each unit.

On Aston Martin's decision to debut the car in West Asia, their design director Marek Reichman said that it "will be an exciting moment not only for Aston Martin, but for discerning customers who are seeking the ultimate in luxury and personalisation. The new model, like its exclusive siblings the One-77 and V12 Zagato, has been created as a piece of exceptional automotive art. It has been designed and developed entirely in keeping with the spirit and ethos of previous Lagonda super saloons  notably the William Towns Lagonda  and as a tribute to this car it proudly bears the Lagonda nameplate."