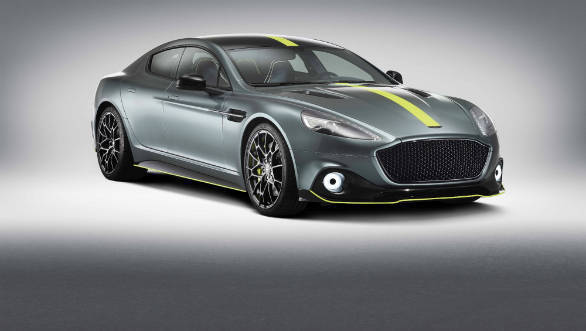 Like the DB11 AMR launched some time ago, the Rapide AMR is a quicker, more aggressive iteration of the standard Rapide. Exterior changes to the Rapide AMR are the bigger, honeycomb mesh front grille seen on the brand's GT racers, carbon-fibre front splitters, carbon-fibre inserts on the front bumper and cooling vents on the bonnet. The sides get new skirts and larger 21-inch wheels. The rear gets a new carbon spoiler, a bigger diffuser and new carbon-fibre exhausts. The design now looks closer to Aston's Zagato designs, especially with the new LED DRLs. 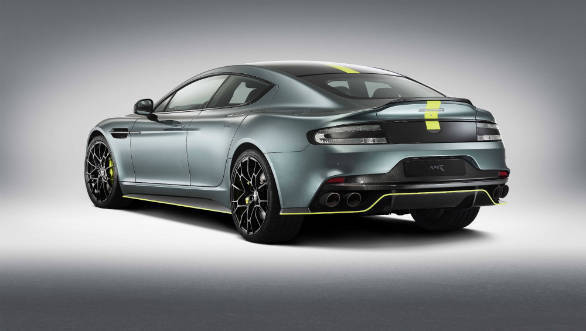 These performance upgrades carry on in the interior as well. The Rapide AMR gets Alcantara trim and new carbon-fibre sports seats. The centre console and transmission tunnel are finished in carbon-fibre. A One-77 inspired steering wheel is being offered as an option. The cabin is littered with contrasting lime-green stitching to mimic the exterior paint options and AMR logos in the seats, inspection plate and carbon-fibre door sills. 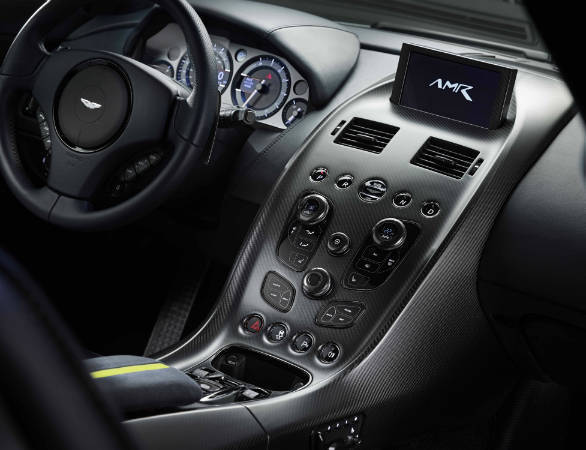 The most notable change from the standard Rapide is the updated naturally aspirated 6.0-litre V12. The Rapide AMR now makes 600PS and 630Nm, increases of 45PS and 11Nm over the regular Rapide. The top speed is now 330 kmph and 0 to 96 kmph now comes in 4.2s. The added motivation comes from larger inlet manifolds which enhance airflow and an evolution of the cooling system used on the Vanquish S. An updated suspension set-up with revised dampers now makes the car sit lower to the ground by 10mm. 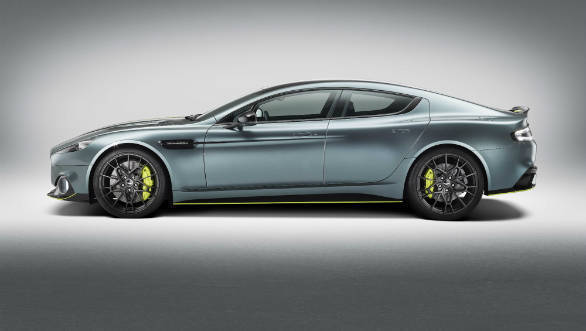 The Rapide AMR is the latest car after the DB11 AMR and the new Vantage which shows how the company wants it to be perceived. Traditionally, the British car-maker has been known for elegant grand-tourers which might not necessarily have the on-limit dynamic ability something like a Porsche or Ferrari. The company's tie-up with the Redbull F1 team and these new cars which are more responsive, show the brand now wants to appeal to a wider, younger audience. 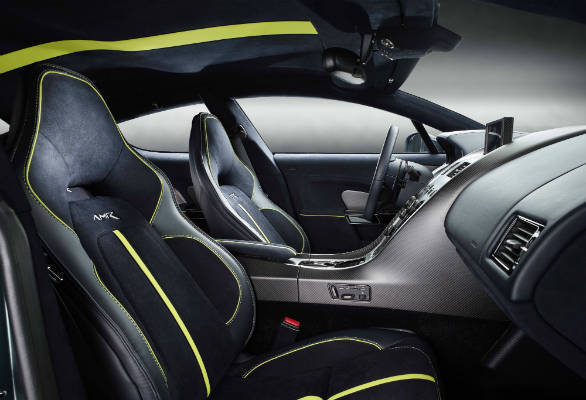