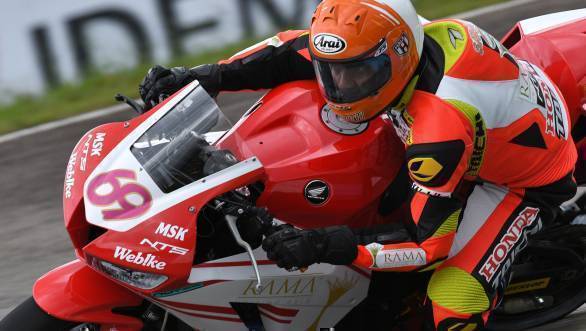 Sarath Kumar at the 2017 ARRC round at Johor Bahru

After a 2016 season that was marred by injury, Sarath Kumar managed to make a good start to his 2017 campaign. The Indian rider who is competing in the Asia Road Racing Championship's Super Sport 600 class, riding for RAMA Honda Racing by NTS T.Pro Ten10 managed to finish both races at Round 1 at Johor Bahru in the points. Fortunately for Sarath, this time his knee injury didn't bother him, which meant that he was able to improve his laptimes and his consistency over the course of the race weekend. Sarath's collarbone injury, which he suffered at the ARRC's BIC round last year, also wasn't a bother this time around. RAMA Honda Racing's other rider - Rajiv Sethu - also had a decent weekend at his debut ARRC round. The rider who is competing in the Asia Production 250 class had a clean race, although one with a steep learning curve. He hopes to be able to make progress as the racing continues over the course of the season. 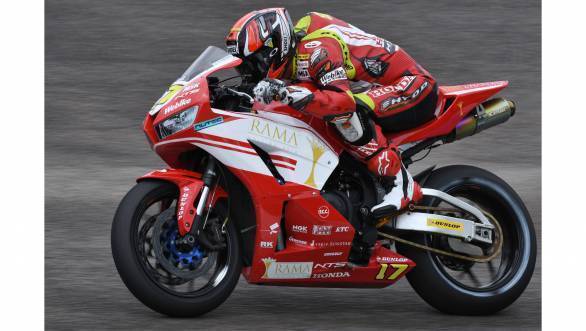