Aprilia to make WSBK return in 2017

Aprilia will return to the World Super Bike Championship after a two-year hiatus with Shaun Muir Racing (SMR). With SMR retaining the Milwaukee Tools Corporation as its title sponsor, the two year contract will see the newly christened Milwaukee Aprilia through to the 2018 season.

The contract states that Aprilia must provide all technical material and direct assistance to the team while continuing to develop the bike. Thus classifying them as a supported factory team. 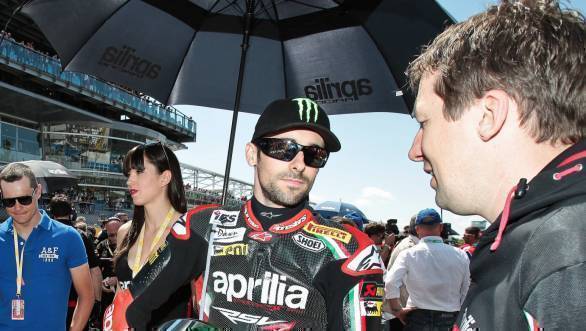 Aprilia will field two RSV4 factory bikes with current MotoGP rider Eugene Laverty and WSBK debutant Lorenzo Savadori joining as his team-mate. Laverty, who was the runner-up of the 2013 WSBK world championship with Aprilia is chuffed about riding with the team again, "I'm excited to return to Superbike with Aprilia, it's a bike with which I took ten wins and second place overall in the championship. I hope to be able to pick up where I left off with those results".

Savadori has had a relatively good rookie season with IodaRacing, with two fourth places at Assen and Donington Park respectively. Currently sitting ninth in the championship standings, riding an RSV4, he is excited about his second year with the bike and is keen to capitalise on his current form for next season. 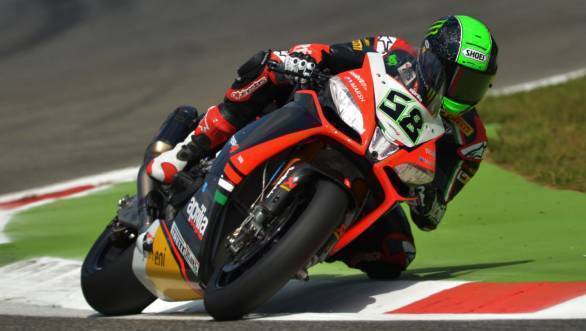 Aprilia is already at the forefront of motorcycle motorsports, with a team in MotoGP though not as successful as they had hoped. Getting back into the factory derivative bike series, emphasises their efforts to show the competitiveness of the RSV4 which has already proved itself to be a very capable production bike.

In the past, Aprilia has enjoyed a lot of success in the WSBK series, winning seven championships in total. Four manufacturers championships in 2010, 2012-2014 and three riders' championships. Two with Italian rider Max Biaggi (2010 and 2012) and one with Frenchman Sylvain Guintoli in 2014.

Already having won two British Super Bike championships in 2012 and 2015, Shaun Muir, general manager of SMR is confident of challenging for victory next season. "Collaboration with Aprilia Racing for 2017 and 2018 means a real chance to fight for the win. Aprilia has a strong and victorious history in World Superbike and we are determined to continue on the same path. Having Eugene and Lorenzo on board makes this a dream team".