Day 2 of the FIA Asia Pacific Rally Championship (APRC) 2017, Coffee Day India Rally at Chikmagalur, Karnataka turned out in favour of defending champion Gaurav Gill. The Team MRF Skoda driver ended the day with a 15-minute lead over the closest competitor, while his team-mate Ole Christian Veiby faced gearbox and driveshaft issues to end third during the day. 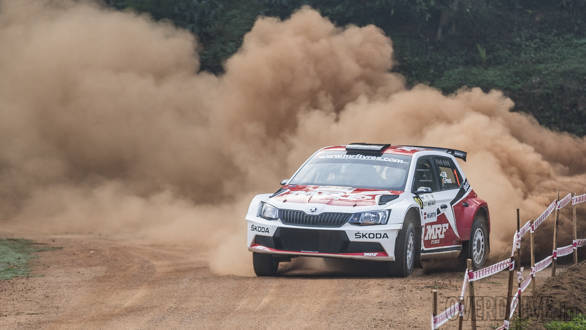 Gill who had won the APRC titles in the 2013 and 2016 seasons was looking to battle Veiby for the 2017 title in Chikmagalur as he started this fifth and final round of the season with a narrow six-point lead. However, with the Norwegian 21-year-old driver now trailing by nearly 18 minutes, it will take a major event for Gill to lose his lead. Hence, on the Day 3 on Sunday, he can cruise his Skoda Fabia R5 to victory. Veiby's disadvantage was to PG Abhilash's benefit as the Keralite in a Subaru Impreza WRX Sti eased into second place, but remained very much in the sight of a hard-charging Veiby, who saw his team of mechanics change the gearbox in 20 minutes flat at mid-day service. Veiby cut the eight-minute deficit to Abhilash at the half-way mark, to a little over two minutes at the end of the day by being the fastest over the last five stages. Speaking about the issue with his Fabia R5, Veiby said, "Somewhere in the day's first stage, I heard some noise and then lost the front-wheel drive. It was very difficult thereafter and worse still, my car was stuck in third gear. My co-driver Stig (Rune Skjarmoen) had to use the handbrake for me. We spun a few times too". 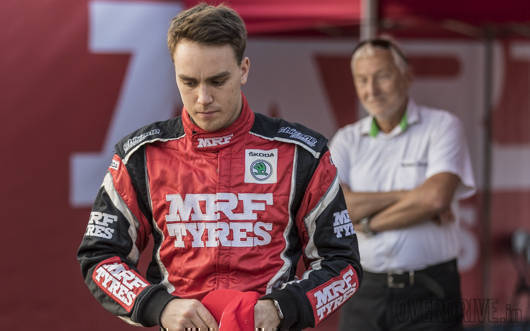 Veiby is determined to reclaim the lost time. "I feel the game is not over yet. Anything can happen as there is still a lot of driving left in this rally. Of course, I will push as hard as possible from now on," he said. 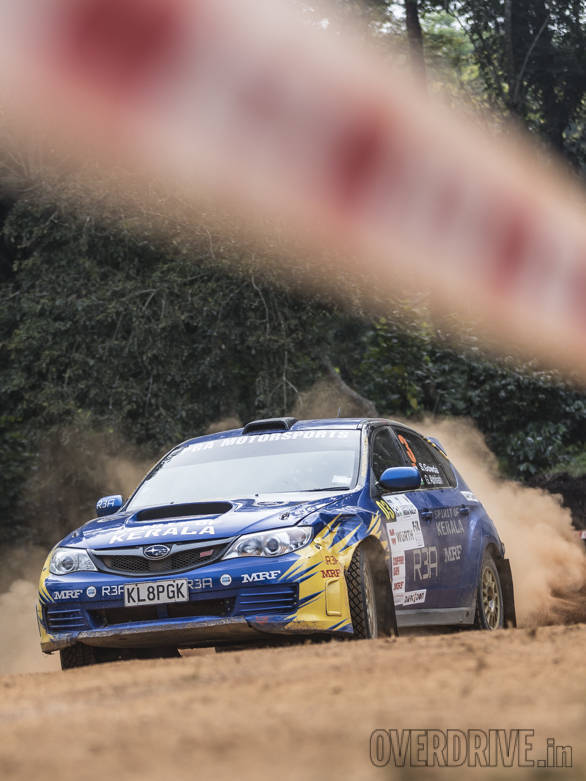 With four more Special Stages to be run on Day 3 on Sunday over 64.12km, Gill leads second-placed PG Abhilash of R3A PGA Motorsports team by 15min 21.seconds. Despite his lead, Gill feels he still has to ensure his car finishes safely on Sunday. "It is a very difficult and long rally. Though I have a big lead, my aim is to bring home the car in one piece," he said.

Meanwhile, Mike Young from New Zealand, driving the Volkswagen Polo R2, was forced to retire following a fuel leak and other mechanical issues on SS-6.