Team MRF Skoda's Gaurav Gill emerged victorious at Rally Hokkaido, the fourth round of the 2017 Asia Pacific Rally Championship. Gill and his co-driver Stephane Prevot managed to take the win, while his team-mate Ole Christian Veiby was out of contention for victory after a bad jump on Stage 3 damaged his Fabia R5. 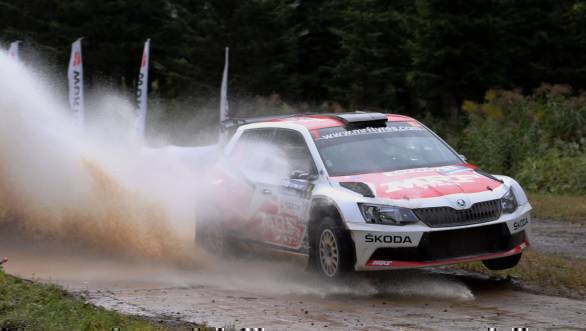 Jari Ketomaa, who had suffered the same fate as Veiby, was unable to restart the rally on the second day. Veiby, however, was able to restart in his MRF Skoda Fabia, which helped him earn scratch times.

Gill, however, dominated the rally. Except for the super special stage, he managed to clock the fastest time on all other stages.