Gaurav Gill and his Team MRF Skoda team-mate Ole Christian Veiby set the pace at the shakedown of the International Rally of Johor early on Friday morning. The duo, who have claimed one win apiece so far in the season, topped the time sheets during the shakedown for the third round of the Asia Pacific Rally Championship - the International Rally of Johor - and ahead of the ceremonial flag off as well as the Super Special Stage that will be held later tonight. 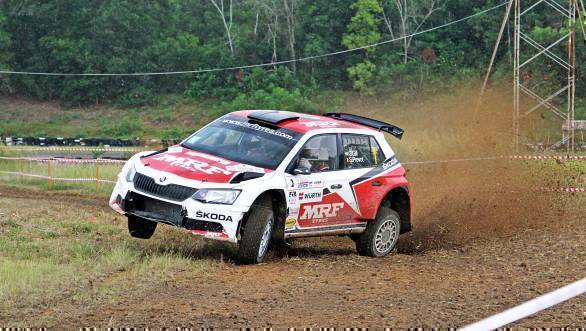 Gill, a two time APRC champion (2013 and 2016) managed to set a time of 1min 39sec over the course of the 1.6km track, which was just ahead of the time that Norway's Veiby set of 1min 39.6sec. The pair ended up far ahead of WRC regular Jari Ketomaa and Swedish driver Robert Blomberg. 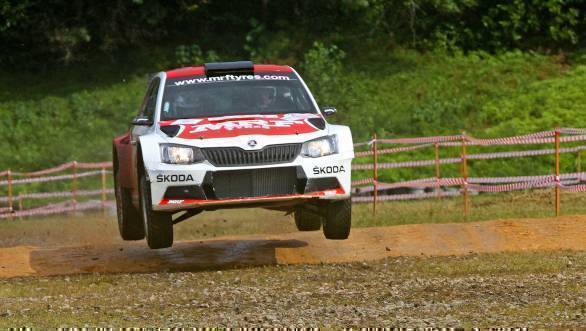 "Since this is my first drive in the Skoda Fabia R5 in nearly three months, I was keen to put in as much seat time as possible and am happy with how everything went today," said Gill during the pre-event FIA press conference today. "However, the Malaysian Rally is the toughest of the championship with changing conditions and high humidity, but I am well prepared for it." 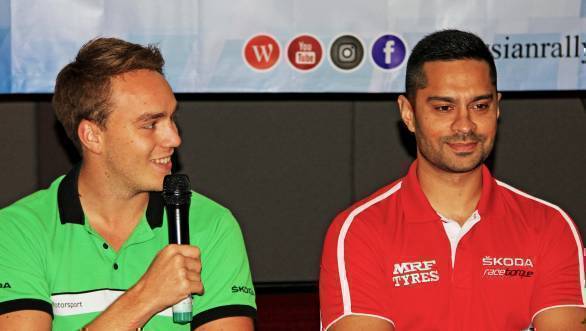 Meanwhile, Veiby, who is driving a brand new R5 said that his goal was to maintain his lead in the championship. He currently has a two-point advantage over Gill.

"My target here is to stay ahead in the championship. I know Gaurav is very quick and has the experience driving in these conditions, while this is my first time in Malaysia. I hope to do well," said Veiby.

After tonight's Super Special Stage, run in the same location as the shakedown, albeit with a few modifications to the track, the drivers will head to the Special Stages located amidst palm oil plantations for two days' worth of rallying.