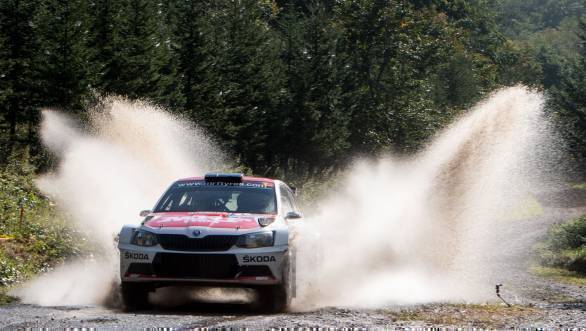 With two more rounds to go, Gill has the chance to clinch the title on the next round, in Malaysia. For his first time in Japan, Kreim made a cautious start and only passed Young into second place when Young punctured during the second runs on Day 1.

Recent typhoon storms created a lot of damage on the roads before the event and there was considerable amounts of water on the course.  New to the championship was a development version Toyota Vitz but the car retired on both days.  49 year old Toshi Arai won the national championship support event, in front of his old rival Fumio Nutahara.