APRC 2015: Gill looking to end season on a high in China

It has been a season to forget for 2013 Asia Pacific Rally Champion Gaurav Gill. The Indian driver has been plagued with mechanical issues and luck that's been more bad than good. But never one to give up, Gill is hoping to end the season for Team MRF Skoda on a good note. In an ideal world, he'll win the season-ending rally at China. Of course, he'll have to settle for second place in the championship because his team-mate Pontus Tidemand has already won the title, while MRF Skoda has sealed the manufacturer's championship too. But things at China certainly aren't going to be easy. 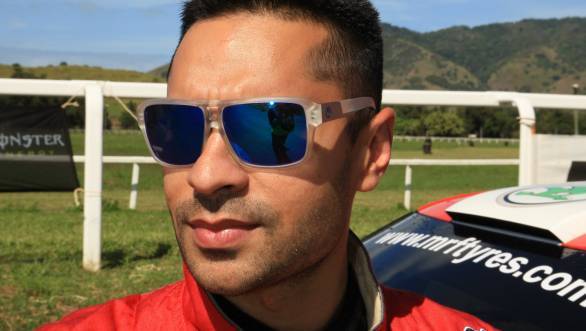 Here's why. At the final round of the championship, Tidemand will be behind the wheel of a Skoda Fabia R5, with which he has just won the WRC2 Class at the recently concluded RACC Rally of Spain. Gill, however, will continue to drive the Skoda Fabia S2000. Now the reason that the team has decided to put Tidemand in the R5 is for them to be able to test both tyres and the car itself - and with the title sealed already, it makes sense to have the champion go at it in a new set of wheels.

"The 2015 season has been very tough for me from the reliability point of view. In all the rallies, I have managed to match Pontus' pace as long as the car lasted. But it's going to be really tough in China because of the difference in the equipment that we will be using," said Gill ahead of the finale. But with his only win this year having come at the second round in New Caledonia, and with Michael Young with 90 points trying hard to snatch second place from Gill, who currently has 104 points, the Indian driver needs to put his best foot forward. Go on then, Gaurav. We're rooting for you.