Success on his first time in an Australian rally came to European Rally Champion Jan Kopecky when he won the Asia Pacific Rally of Queensland in his MRF team Skoda Fabia S2000, but only after his teammate and reigning APRC champion Gaurav Gill crashed heavily off the road when his suspension failed on a bend. From that moment on, Kopecky drove a measured event maintaining a lead of just over a minute from the Australia driver Mark Pedder in a Renault Clio R3. 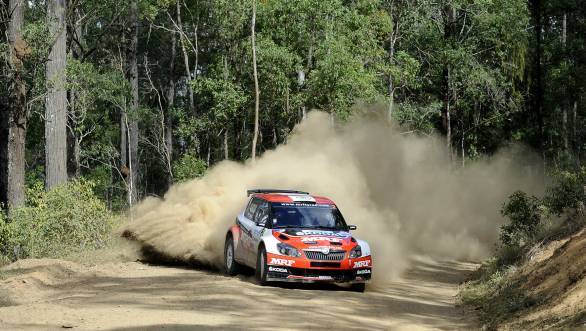 Day 2 APRC retirements included fourth placed Matt van Tuinen also with suspension failure on his Subaru. Reeves continues to lead the Australian series. This event was run over forest roads in the Mary Valley area north of Brisbane. Next APRC event is in Malaysia in the middle of August, in completely different conditions to anything Kopecky has faced before.