Apple's new iPhone 8, 8 plus and X get significant bump in wireless vehicle integration

Apple Inc released all the details on the new Apple iPhones and there were few surprises left after leaks the preceeded the Apple event that was held the Apple campus in California. Apple released the details for the iPhone 8, the iPhone 8 Plus and the new flagship phone, the iPhone X - you know the one with no home button and barely a bezel. The good news is that all three iPhones now have glass backs - the strongest glass ever put in a phone, according to Apple and that brings wireless charging ability (finally) to the Apple iPhone family. And not just that, Apple watchers say the new iPhones have fast charging capability that allows up to 50 per cent charge within 30 minutes. Android watchers, as is their wont, yawn and point out that these features have been available in the top Android phones for, in phone-years, eons. But why should you, a car-lover, care? 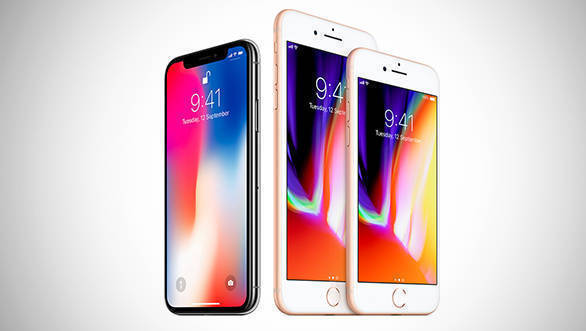 Apple's new iPhone X, 8S and 8 get wireless charging with combines with CarPlay for seamless integration into your car

Because wireless charging and Apple CarPlay - the company's suite of de-featured tools that integrate into a car's infotainment system - means that your ability to plug your digital world into your car took a flying leap forward if you're part of the Apple universe. Many auto manufacturers, especially, the premium brands, have been building wireless charging 'stations' into their cars for the last couple of years. The big deal about last night's announcement is that Apple Inc, which likes to re-imagine and improve well-understood protocols and technology did not do that with wireless charging. What it announced was that the new iPhones would subscribe to the popular Qi wireless charging standard which is what the cars usually have already Qi-compatible chargers.

So essentially, the new process if you get one of the new phones is that you simply walk into the car and place the phone on the charging 'mat'. The rest of the process, as Apple likes to make things, is automatic. It isn't known what the new updates to the Apple CarPlay are on the new devices but Apple had introduced Do Not Disturb, a new feature that strikes at distracted driving. India does have a handful of cars that already offer CarPlay and many of the German cars have Qi charging stations as well.

But does in-car software really help with distracted driving? Let us know in the comments!