The centre in Chennai, with 140 employees, will focus on core R&D as well as developing tyres for markets across Asia, Africa and the Middle East.

Speaking at the opening ceremony, Onkar Kanwar said that Apollo is set to launch breakthrough technologies in its new tyres, and the new R&D facility will play an important role in doing so. Neeraj Kanwar added that the Global R&D centres are in line with the vision of the company and will boost the growth of the organisation. 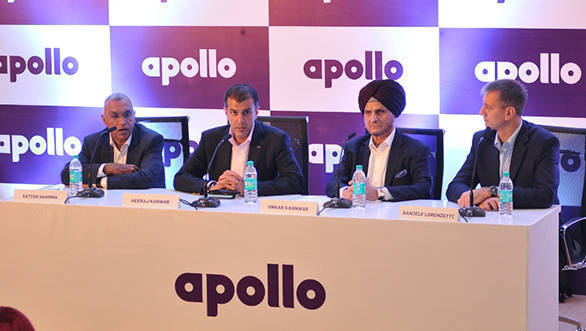 Besides the two Global R&D centres, Apollo Tyres has set up two satellite R&D centres in Bengaluru and Frankfort, Germany. The Bengaluru centre focuses on integrating electronics into tyre technology. The facility in Frankfort focuses on developing business for both the Apollo and Vredestein brands.

Apollo tyres are also available as OE tyres for some Indian cars like the Volkswagen Polo.