Ankush Arora, senior vice president and head of Tata's commercial passenger vehicle unit will be stepping down from his post, with May 31 being his last day in office. It is unclear as of now as to who will succeed him. 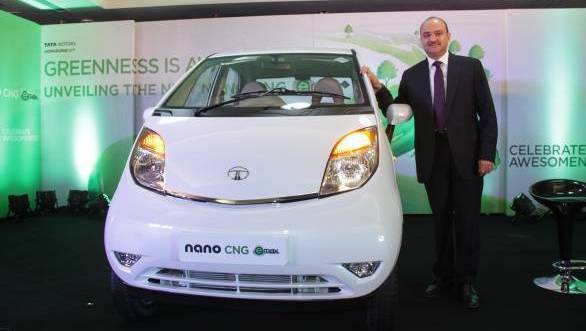 Ankush Arora with the Nano CNG

Ankush joined Tata Motors in April 2013 and with him brought along more than 20 years of automotive experience. He has handled various departments including operations, sales and marketing, international business and strategic planning with various companies such as Bhawan Automotive Center and Escort India. His last stint was with General Motors where he was vice president of marketing, sales and aftersales. He completed his studies from Thapar Institute of Engineering and Technology. Reports suggest that Arora may be moving abroad to occupy a prominent position with another player in the automotive sector.

Arora was one of the men behind the launch of Tata Aria facelift which has a starting price of Rs 9.95lakh (ex-showroom, Delhi). His resignation comes at a time when the company is set to launch its highly anticipated Bolt hatchback and Zest compact sedan in the passenger car market in India.