Google has unveiled its Digital Car Key feature at the ongoing Google I/O keynote, a function similar to what Apple has offered from last year. To be available on Android 12 (select Pixel smartphones and Samsung Galaxy devices), Digital Car Key essentially turns a user's smartphone into a virtual car key and will allow them to lock, unlock and even start their car, utilising near-field communication (NFC) and ultra-wideband (UWB) technologies.

While NFC requires one to physically tap their phone to the car to lock/unlock it, UWB aims to eliminate that hassle entirely. UWB radios relay brief, low-power pulses to confirm and securely establish their location, and with this, users will essentially be able to gain access to their vehicle or start it up without even having to take the phone out of their pocket. UWB radios are already part of a range of Apple smartphones and the Apple Watch Series 6, and Google is expected to introduce them on future Pixel phones as well as on its wearables, beginning later this year. 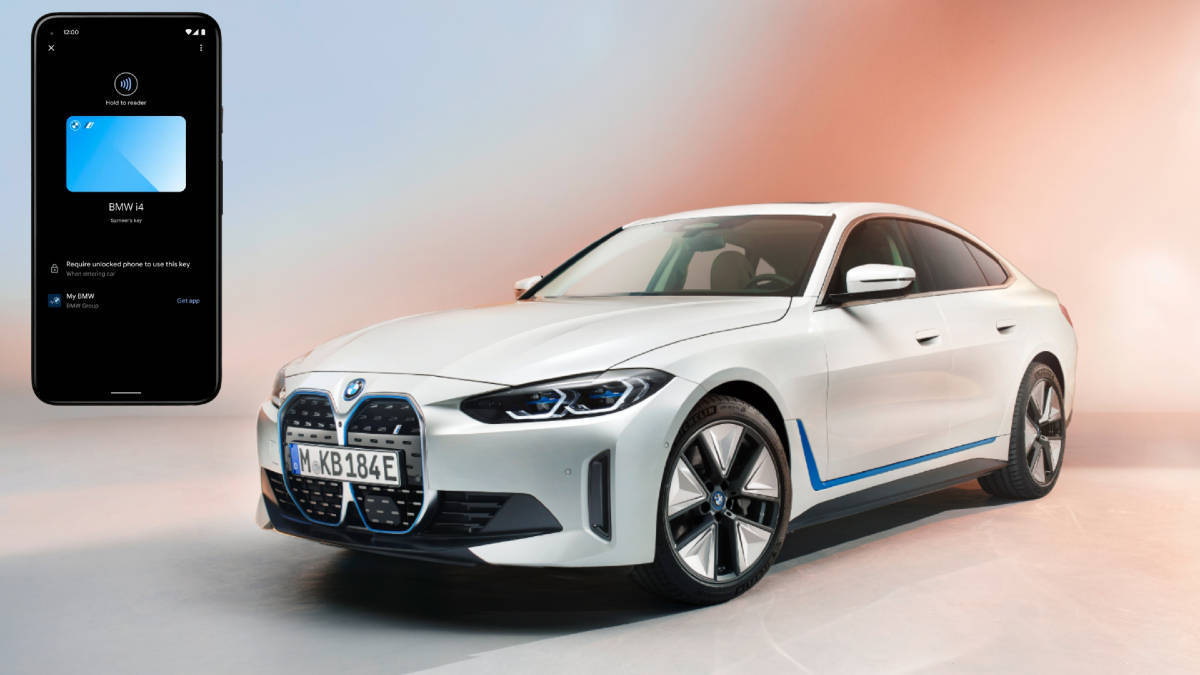 At this point, there is only one production vehicle that supports UWB communication  the BMW iX electric crossover, which is only available in a handful of markets overseas. BMW started rolling out NFC across most of its models abroad in 2020, and backwards compatibility could be one of the reasons for Google's Digital Car Key function to also utilise NFC, which isn't as hassle-free a solution as the one provided by UWB. That said, future BMW models are expected to feature UWB radios, and Hyundai and Kia are expected to offer this feature on their upcoming models, too.

Google has also confirmed users will also be able to securely share the digital car key with family members and friends, for when they need to borrow the car.

In addition to this, Google also announced most future vehicles from BMW and Ford will come with the 'Fast Pair' feature, which will enable users to pair their Android smartphones with their vehicle with a single tap. Android Auto  which is now active in over 100 million vehicles worldwide  will now function wirelessly in a 'vast majority' of upcoming vehicles from most carmakers, Google added.