After curbs were placed on all imports of tyres by the Directorate General of Foreign Trade (DGFT) in June this year, with a view to reduce the dependence on imports and boost domestic manufacturing, the DGFT has further introduced a new clause in the Duty Free Import Authorisation (DFIA) scheme that disallows import of tyres under it. Earlier, under the DFIA, particular imports were allowed with zero duties for a time period of three years. Post the decision in March, all tyre imports were placed under the restricted category, with a special license required for any imports. Auto manufacturers, to avoid disruption in production of vehicles that rely on tyre sizes not available domestically, were the first ones to receive these import licenses, over the flood of requests that the DGFT received for the same. The industry watchdog is said to be scrutinising the tyres and sizes available in the country from local manufacturers in an effort to see which requests are legitimate.

As it stands now, all tyre imports have been stopped, with the exception of auto manufacturers and OEMs that have taken special permission from the government for the import of tyres as required to be fitted to production vehicles to be sold domestically, as well as for exports. This applies to tyres for cars, motorcycles, buses, lorries and cycles.

It is still unclear what course of action importers of high-end tyres will take. The overall sentiment is that this was a good move by the Government to curb illegal imports that ultimately take money from the coffers, and is being done to streamline the legal import of tyres into the country, with most tyre importers hoping that the restrictions ease up sooner rather than later. We are told it is still possible to import tyres for personal use through legal channel 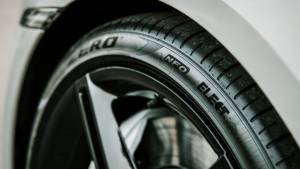