Five days and 2000kms later, the 5th Maruti Suzuki Dakshin Dare has come to an end. It has given rise to new winners as Amanpreet Ahluwalia/Venuramesh have won in the four-wheeler Extreme category. Nataraj Rajanna of TVS Racing took the title among bikes in the Extreme Category. 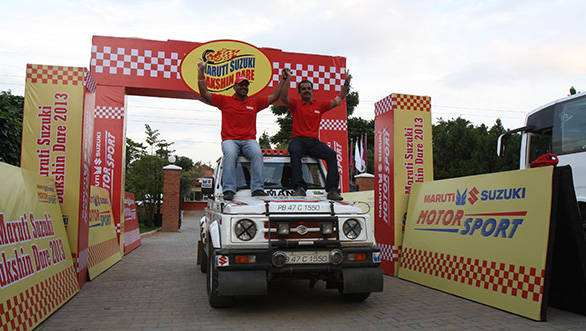 Amanpreet Ahluwalia/Venuramesh, who won the fifth edition of the Southern rally in their very first attempt, were in a Maruti Suzuki Gypsy

"It's my first win down south and that too in my very first attempt. It was a different terrain for me and it's great to win it in my first year of competition. The win is more so special because I defeated my nearest competitor and good friend of mine Rana for the overall title," said Amanpreet. "Day two was the toughest leg for me as the terrain was slippery and slushy near the Tata coffee plantation in the Coorg district but after that I upped the tempo and went on to secure a healthy lead over Rana. My winning philosophy is to always have a positive intent and spend good amount of time on your car," he continued.

For the motorcycle category, Nataraj Rajanna came first over Saratha who came in at second place and Akshay who stood third. This was the second consecutive win for Nataraj Rajanna. 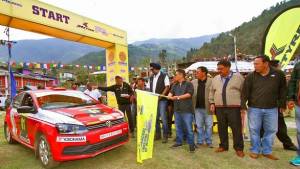