The MG Hector Plus, priced between Rs 13.49-18.54 lakh, ex-showroom, is the 6-seater variant of the Hector and is available with the same powertrain options as the regular 5-seater SUV, namely the 1.5-litre petrol, 1.5-litre petrol hybrid and 2-litre diesel engines. The 1.5-litre petrol is the only one available with an automatic gearbox, a 6-speed DCT, in addition to the 6-speed manuals on the rest of the range. Over half (56 per cent to be exact) of MG Hector customers choose the diesel model, with the petrol automatic commanding the next highest share of sales but it remains to be seen if the Hector Plus continues the same trend. You can read our road test review of the Hector Plus for a better understanding of how they differ, but these are the broad differences: 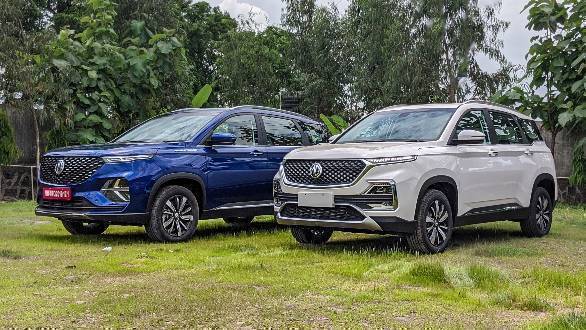 Most obviously, a different seating arrangement

Replacing the rear bench of the Hector with two captain seats with identical bolstering and under-thigh support as the front seats has led to a more inviting-looking second row of seating. Flip-down armrests and plenty of space between the seats helps add to the feeling of an abundance of space. This also leads to the entry to the extra row of seating for two, with a dedicated charging port, climate controls and AC vents for passengers. 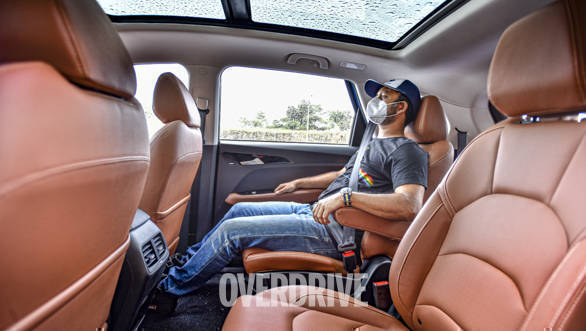 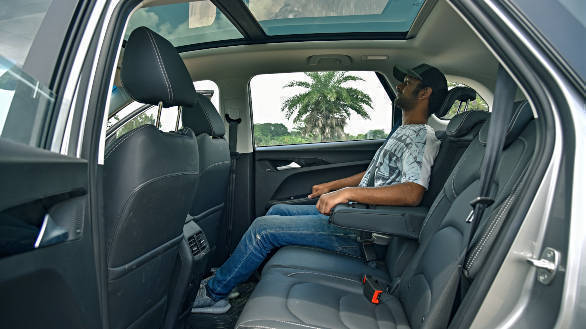 This one's a bit of misnomer, despite the Hector Plus measuring in at 4,720mm in length, a 65mm increase over the Hector. That's because all other dimensions remain exactly the same, including its 2,750mm long wheelbase. In fact sheet metal hasn't been tweaked on the Hector Plus, with the exception of a restyled tailgate. The increase in length purely comes from the reprofiled bumpers, front and rear. 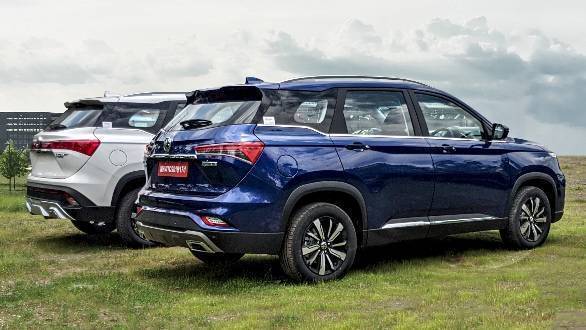 There's more finesses added to the Plus, in the form of overall neater styling. A larger grille leads the change, with a diamond-stud pattern instead of the honeycomb pattern on the Hector. Along with the larger grille, and absence of grille outline, larger LED DRLs with a different light signature help make the Plus appear to be the larger car. A reprofiled bumper houses a single-lens cover for the LED headlights, with a redesigned skid plate rounding things off at the front. At the rear, the most apparent change is the absence of the connecting strip between the tail lights, and the LED detailing within the tail lights themselves, apart from the tweaked tailgate design, reinforcing earlier comparisons to a certain German luxury SUV. A redesigned rear bumper helps neaten the overall look of the rear of car. 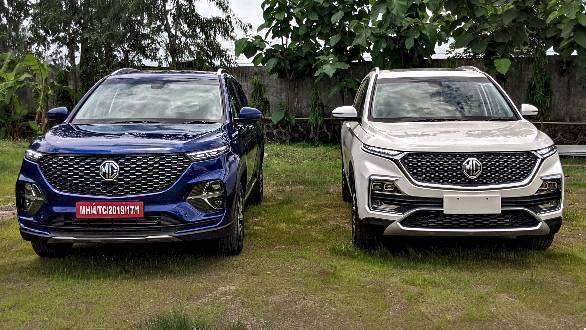 There's not much to talk about here but the Hector Plus does claim to have an upgraded i-Smart infotainment interface, with improved voice functionality adding more fluid conversational ability, a feature MG calls Chit-Chat. Also, the Hector's all-dark interiors have been livened up, with the striking dark/tan trim and upholstery combination. 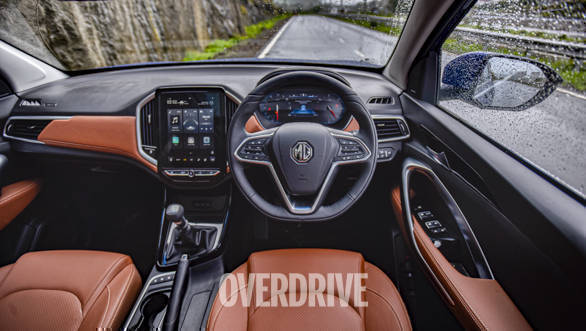 In moving to a 6-seater layout, the Plus with the third row of seats folded loses a bit of cargo capacity to the Hector. Comparative figures are 530-litres of space for the Plus, and 587-litres for the Hector. With the third row in place, that number drops to 155-litres. 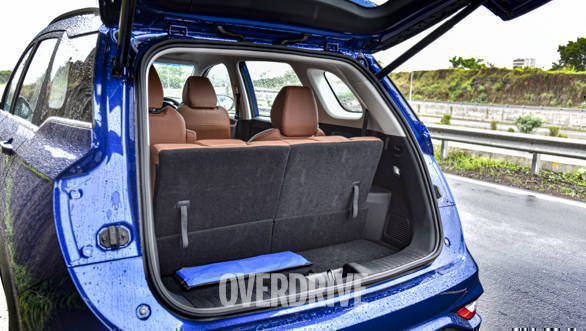 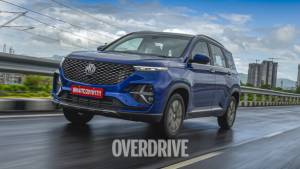 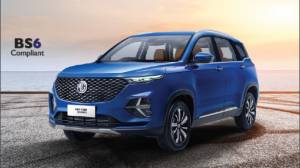 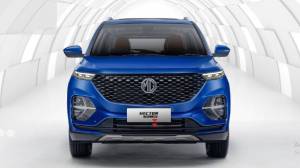