This is exactly what the doctor ordered. What Indian motorsport appears to need is a shot in the arm for grassroots motorsport, and here it is in the form of an all-new karting championship. JK Tyre and RR Motorsports Management have teamed up, in association with Tata Motors, and launched the JK Tyre IndiKarting National Series - a five-round karting championship to be held across various cities in India between the months of April and June, 2016. 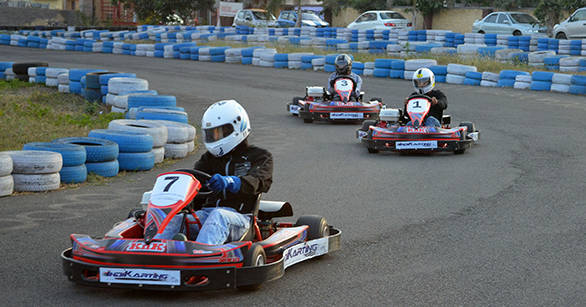 What sets the JK Tyre IndiKarting National Series apart from other karting championships in the country is that it will feature single-make 4-stroke karts. The idea behind this is that the playing field will be equal, which means your results on track are down entirely to your driving prowess and skill. The other benefit is that this sort of karting championship will also be light on the pocket, with the organisers claiming that the series is the "most affordable karting championship in the world."

The FMSCI approved series will start later this month, with the first round to be held in Pune between April 23 and 24. The five round series also features events in Goa, Vadodara, Ludhiana and NCR.

"The JK Tyre IndiKarting National Series will give a never before opportunity to youngsters to participate and hone their skills in professionally organised racing. Importantly this will be the opportunity for talented youngsters to prove their skills without funding. Thereafter they will be sponsored ahead. It will be the ideal step before a racer moves into Rotax or Formula Cars or Sports Cars" said Rayomand Banajee, Director, RR Motorsports Management Pvt. Ltd.

Aspiring participants can enter the National Series by filling their entry forms at www.indikarting.com/jkreg