BMW Motorrad has launched its flagship adventure sport offering, the S 1000 XR in India at Rs 20.90 lakh, ex-showroom. The German motorcycle brand has confirmed that the S 1000 XR will be available only in Pro variant in Ice Grey and Racing Red colour options. Compared to the model it replaces, the 2020 S 1000 XR features new styling with symmetrical headlights, a two-step adjustable windscreen, a sharper nose and tighter bodywork. Similar to most of its motorcycles in the portfolio, the S 1000 XR is being brought into the country through the CBU (completely built units) route wherein all the BMW Motorrad dealerships have started accepting bookings. Deliveries should commence shortly. 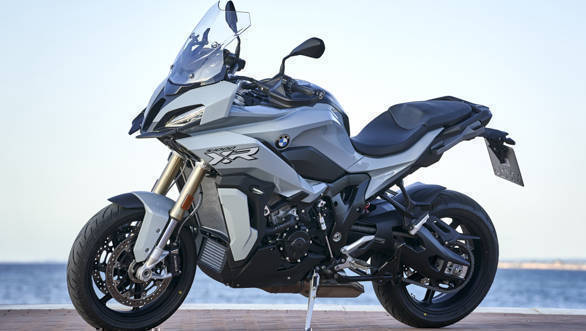 The new body panels hide the S 1000 RR-derived 999cc 4-cylinder engine, which is tuned for a street-spec 165PS of power and 112Nm of torque that is fed to the rear wheel via a 6-speed transmission and a chain drive. BMW says that the engine is tuned to provide a stronger performance than before in the 3,000-10,000rpm range, which is typically the zone that most road riders exploit on high-rise sport-tourers like the S 1000 XR. The company mentions, the fourth, fifth and sixth gear have longer ratios in order to reduce noise, fuel consumption and engine speed. Similar to its younger sibling, the S 1000 XR too comes equipped with engine drag torque control (MSR) which prevents the rear wheel from slipping as a result of abrupt throttling or downshifting. 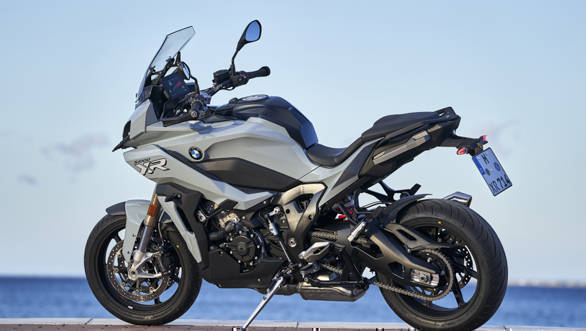 The frame and swinging arm have been lightened by 2.1kg along with reduction in unsprung mass by 1.6kg. Further, electronic suspension is offered as standard and with two modes ? Road and Dynamic. BMW has also introduced a dynamic brake assistant on the S 1000 XR, which is also offered in the 1250 GS. The XR comes with four standard ride modes Rain, Road, Dynamic and Dynamic Pro, wherein Dynamic Pro can alter the throttle response, engine brake, ABS, traction setting and wheelie control. The S 1000 XR also comes equipped with a brand new 6.5-inch TFT
instrumentation which displays a host of information. The electronics suite includes cruise control, hill-hold control, traction control and wheelie control. The Pro models come with cruise control, a two-way quickshifter, keyless go etc. 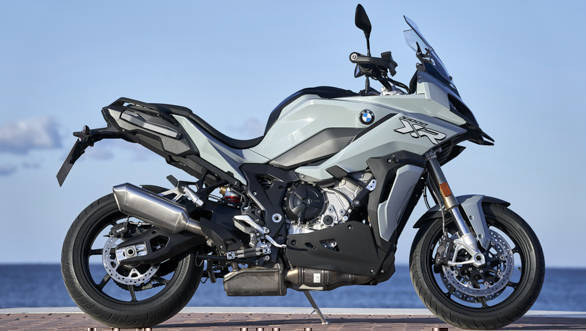 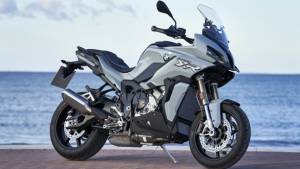 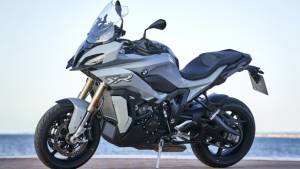 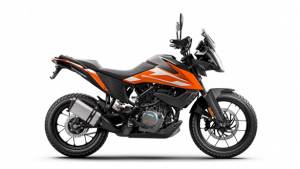