The Audi TT RS was showcased at the 2016 Beijing Motor Show  and its now set to go on sale in the UK by late September. Orders will be accepted at that time. More power, lighter transmission and sharper looks distinguishes this TT from the entire line up. Audi has priced the Coupe at £51,800 (Rs 46 lakh) and the convertible at  £53,550 (Rs 47.5 lakh). These are on-road prices in the UK. 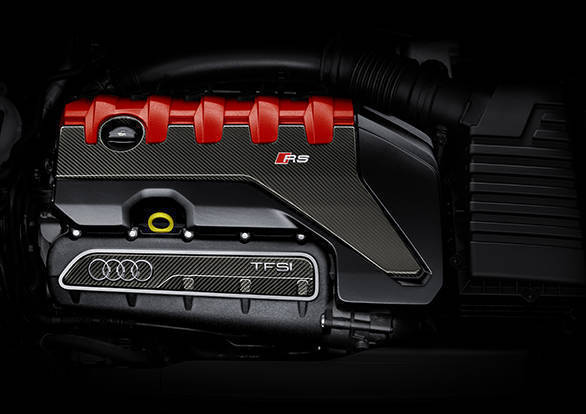 Audi has developed an all-new five-cylinder, 2.5-litre engine that now produces 400PS and 480Nm of torque. These figures are higher than the previous generation TT RS' 340PS and 450Nm. The claimed 0-100kmph time is 3.7 seconds and the top speed is limited to 250kmph. Opting for the Dynamic Package Plus allows the top speed to rise to 280kmph. 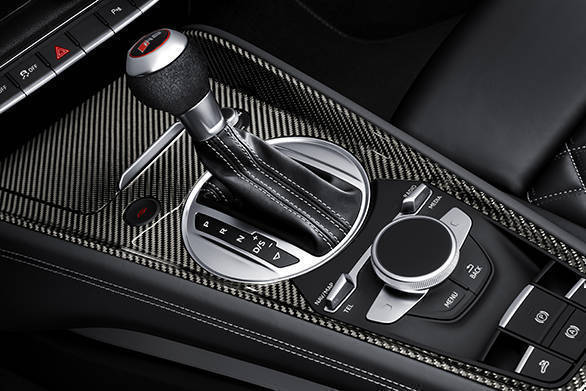 The engine is mated to a 7-speed S Tronic transmission that's 2kg lighter than the previous transmission. The TT RS also gets a sports exhaust as standard, with a button on the dashboard to open the exhaust flaps, for more sound. The TT RS gets 370mm steel brake discs upfront, with eight-piston calipers that are both ventilated and perforated. At the rear there are 310mm monobloc. Carbon ceramic discs are available as an optional extra. The car rides on 19-inch wheels with the option to fit 20-inch, seven-spoke wheels. This option is exclusive to the TT RS. The Audi Drive Select offers four driving modes, Comfort, Auto, Dynamic and Individual. 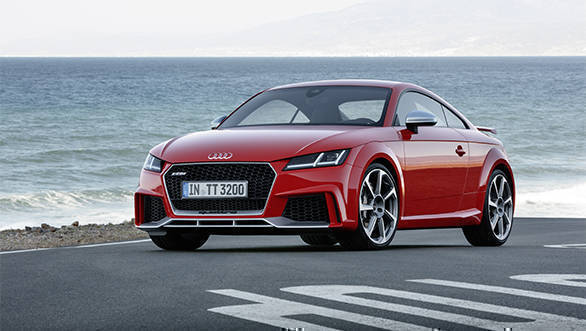 The famed Audi Quattro system features a multi-plate clutch-based system that distributes power between the axles, to generate grip. The Torque control system works in conjunction with the Quattro system to offer better agility through corners, says Audi.

As part of the optional Dynamic Package, the TT RS gets the RS sports suspension package with magnetic dampers, dubbed Audi Magnetic Ride. It features a dampers filled with synthetic oil with magnetic particles suspended in them. These particles can be influenced by a magnetic field. Magnetic dampers offer precise damping with a wider range of adaptability to changing road conditions. 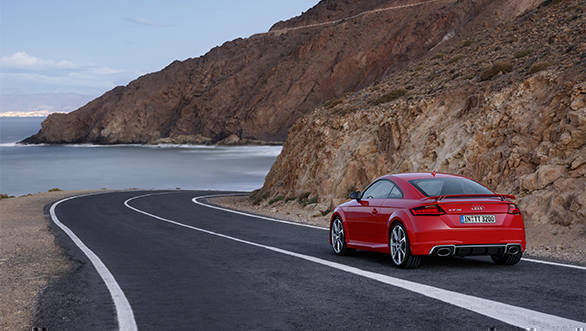 The new car is 26kg lighter than its predecessor and visually, the TT RS features notable changes that distinguishes it as the flagship TT. The grille looks quite like the R8 supercar's, and gets a honeycomb design instead of the slats on the regular TT. The air dams in the front bumper are large with words quattro plastered in the centre. The rear section gets a fixed spoiler, with an option of speccing the car with a retractable wing, like in the regular TT. Below the bumper is a four-slat diffuser flanked by large, twin-exhausts. 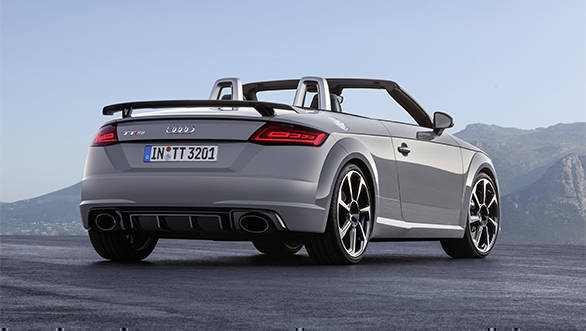 The Matrix system has 12 controllable LEDs that comprise the high beam. The LEDs dim automatically when oncoming traffic is detected. It can also divert the beam around the vehicles to eliminate glare. 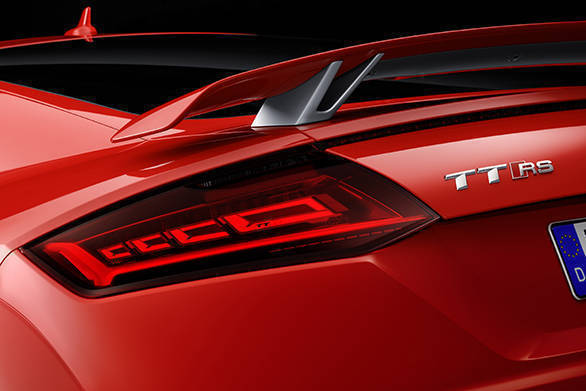 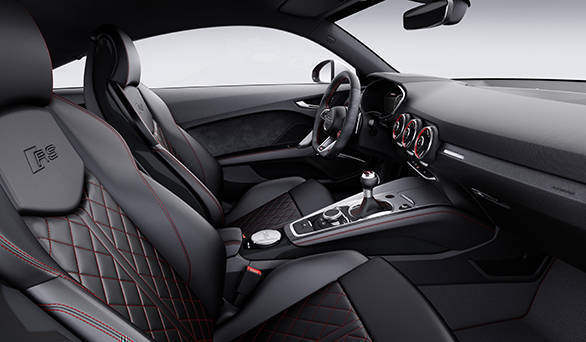 The interior features sports seats in Nappa leather with red cross-stitchings. The steering wheel is wrapped in a mix of leather and alcantara. The TT RS also gets the Audi virtual cockpit with a special RS mode that displays a huge tachometer as well as other performance parameters. 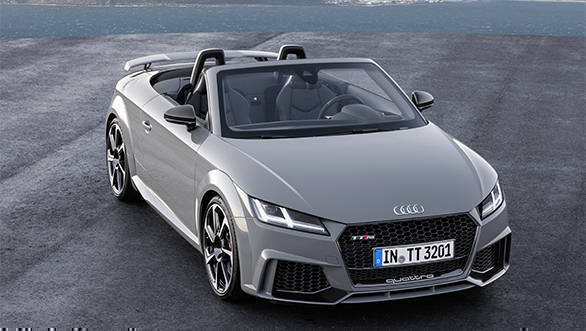 Expect Audi to get the car to India too.