Hyundai India will be launching their first-ever all-electric vehicle, the Kona, today. Importantly, it will be the country's first-ever crossover to be offered with an all-electric powertrain. The Hyundai Kona electric is already on offer in international markets. The company is bringing the Kona to India through the CKD route wherein the kits will be assembled at the company's plant in Chennai. While there is still some time before we get to know the prices of Hyundai Kona electric in India, we believe it could start from Rs 25 lakh. The recently announced benefits for EV purchase in India at the 2019 Union Budget should also give a decent boost to the crossover in terms of sales. Presently, the Hyundai Kona electric does not have an equal rival, however, it will lock horns with the upcoming MG eZS electric SUV that arrives in India in December 2019. Get all the LIVE updates of the Hyundai Kona from the launch event here.

The Hyundai Kona will be sold in India through select dealerships, which we believe could be the ones located in metro cities. Hyundai India will be making announcements of its plans related to setting up of charging stations in the country today at the launch event. The company claims that charging the Kona electric will take the same amount of time as it generally takes to charge a smartphone. This could be the DC fast charging set-up that can be installed at any parking space. To make sure the Hyundai Kona electric is priced competitively, it will be brought to the country through the CKD route and not the CBU way as the latter will make it more expensive. 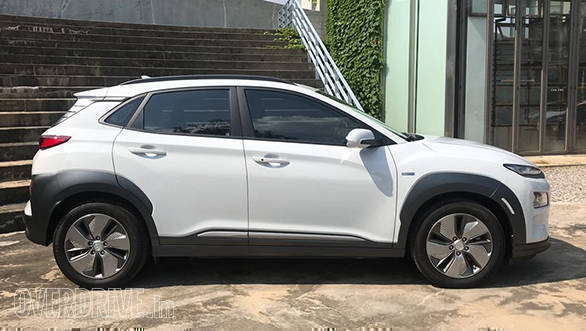 Though internationally, the Hyundai Kona electric is available with an option between 39.2kWh and 64kWh battery packs. The smaller battery pack can be fully charged in six hours whereas the larger battery pack charged fully in nine hours. Hyundai has confirmed that it is the model with the 39.2kWh battery pack that will be launched in India. This unit powers a 134PS and 395Nm electric motor. The company claims an ARAI approved driving range of 452km which should take care of your commute to office for a week. To put it in proper perspective, one can drive from Rohini in Delhi to Amritsar in one single charge. More on how the Hyundai Kona electric feels to drive in real world conditions, here. 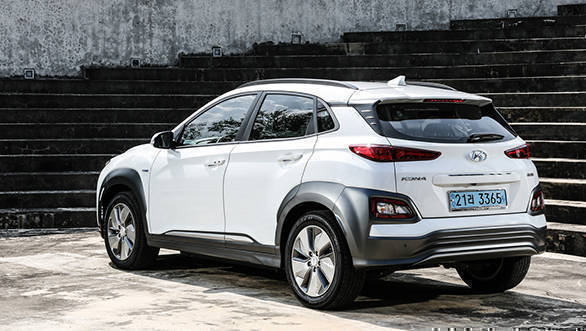 The Hyundai Kona electric looks pretty conventional as Hyundai first created the Kona SUV powered by petrol and diesel engines, so thankfully, its electric version does not look quirky like several other electric cars in the world

Get all the LIVE updates of the Hyundai Kona from the launch event here.

Hyundai Kona electric has a driving range of 452km 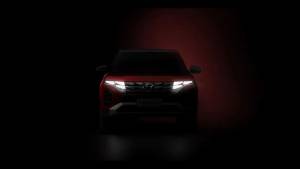