After making airbags standard across the range in India, Japanese auto giant Toyota is looking to do the same with ABS. Come 2016-17, Toyota is expected to make ABS standard on all its models in India. The only other manufacturer which offers airbags as standard is Volkswagen, in the low-cost spectrum.

Annually 1.4 lakh people are killed in road accidents, amongst the highest rates across the world. Car manufacturers in India look for ease of initial ownership and in the cut throat market, pricing is the all important factor while purchasing cars. In a bid to minimize costs, more often than not, manufacturers add music systems and other accessories to cars rather than even give the option for life saving equipment like ABS and airbags.

Not only this, Toyota India also wants to be testing the cars that it makes in India using humanoid. Now, the humanoid is internally known in Toyota circles as Total Human Model for Safety or THUMS. Instead of crash dummies, the THUMS provides for a real time analysis of the impact on ligaments, internal organs and bones. Toyota will also concentrate on pedestrain safety while designing its future cars. One part of this will be to build cars which have an openable driver's side door even in the event of a crash. If the demand remains consistent like its 1.35 lakh cars last year, Toyota is expected to localise the airbags and also likely to help the manufacturer set its footing in India. 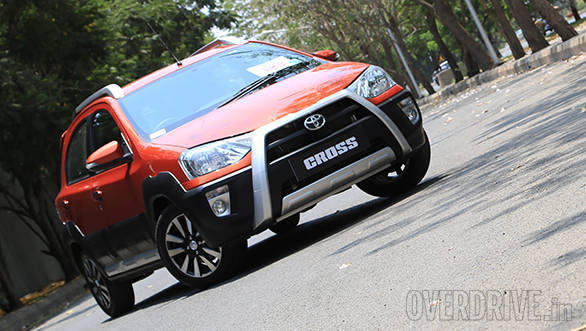 In line with the UN crash test safety standards, the new Bharat Safety rules are likely to be formulated. Which means frontal and side crash tests will have to be done on each car manufactured in India at 56kmph. This will most probably be implemented in 2017.

N Raja, director and senior vice president for sales and marketing at Toyota Kirloskar, didn't specify any timeline to implement the ABS plan. "The new safety regulations are likely to be enforced by 2017 and further norms towards pedestrian safety are also likely to be implemented by the end of the decade. Our current initiative will not only offer a safer car to our buyers, but also give us an edge against the competition," said Raja.