Team Rayo Racing put up a dominant performance at the second round of the JK Kart Open series, capturing all the three positions on the podium.

The star performer for the team was Aaroh Ravindra. He qualified on pole for each of the four races and managed to finish the first three races in P1. The fourth race, however, was when he ran out of luck. With three laps to go he was comfortably in the lead when all of a sudden, the rear bumper on Aaroh's kart broke and he had to pit. He rejoined the race but could only managed to finish in P14. 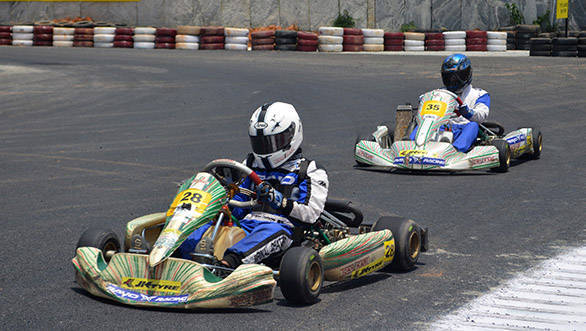 Mrinal Chatterjee, who also races for team Rayo Racing had the most progressive weekend as he kept rising up the leaderboard with each race. The youngster finished fourth in Race One, moved up to third in Race Two, stood second in Race Three and went on to win Race Four.

Mohammed Nalwalla was the third Rayo Racing driver who brought in the silverware for the team. He finished second in Race One and Race Four. 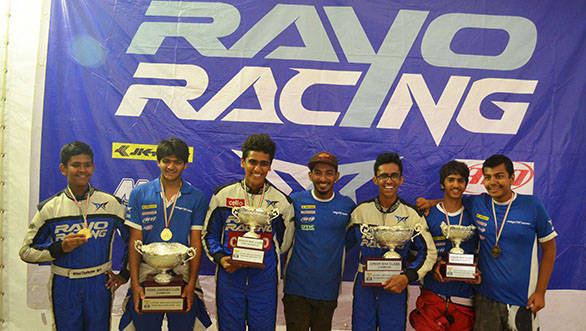 Elated about winning the title, Aaroh Ravindra said, "I had a fantastic weekend and thank Steve (Hodges) for a brilliant setup allowing me to be consistently quick. A big thank you to my parents and the team for all their support. I hope I can gather some sponsorship for the future."

In the Rookie Cup category, Aanjan Patodia won the title of the JK Tyre Rookie Cup Champion after completing all the races at the top spot. The Rayo Racing driver later said, "I am speechless with my title victory. After struggling with my engine all through practice and Round One, the team worked hard till late in the night to give me a chance to win in Round Two. My parents and Steve have been a huge support." 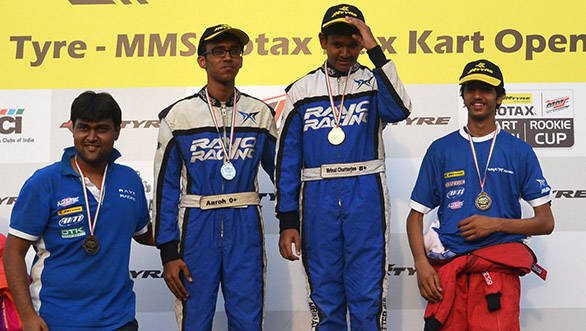 Nikhil Bohra Of Meco Racing won in the Micro Max category followed by Ruhan Alwa in second and Chirag Ghorpade in third.

In the senior category, Ricky Donison of BPC racing won all the races and with that the JK Kart Open title. Rayo Racing's Nayan Chatterjee was second and Dhruv Mohite of Mohite's Racing stood third.