Porsche has traced a potential problem in its new 911 GT3 model, which has had two incidents of fires, to the connecting rod fasteners in the engine. Both these incidents were in Europe and no casualties have been reported.

In an unprecedented move, Porsche had earlier told its 785 GT3 customers to stop driving their cars until the problem is fixed.

The German carmaker has determined an issue with the connecting rod fasteners that led to cracks in the engine block and resultant leakage of engine oil on to the hot exhaust components causing the fire.

Porsche has now said that it will replace the entire engine as a corrective measure though it still has to work out the logistics of that maneuver. Porsche has not commented on the cost of the exercise instead its spokesman has said, "We don't put a price on our customer safety or vehicle integrity". 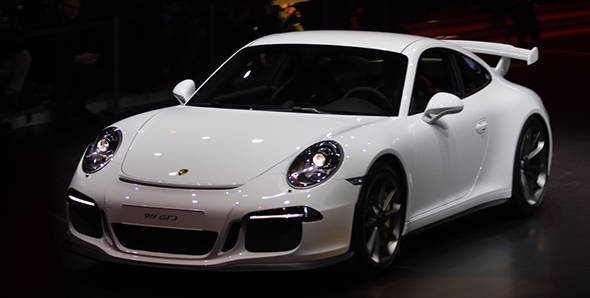 Ideally it will not take Porsche more than a day to replace the engine once it has received the updated one. The German sports car maker however, has not put any timeframe to accomplish this task but has assured its customers that they will fix this problem as fast as they possibly can.

Let's hope that they can rectify the problem before spring so that its customers can enjoy the season in their 911s.