The 24 Hours of Le Mans is just one amongst the many motorsport events that have been rescheduled as the world battles COVID-19. But it's definitely one of the more prominent events that's needed to be postponed. Now the ACO, the body that organises the Le Mans 24, has announced the new dates for the event. The 2020 24 Heures du Mans is now scheduled for 19 September 2020, with the race start time being announced as 14:30. The event will be the penultimate round of Season 8 of the World Endurance Championship. 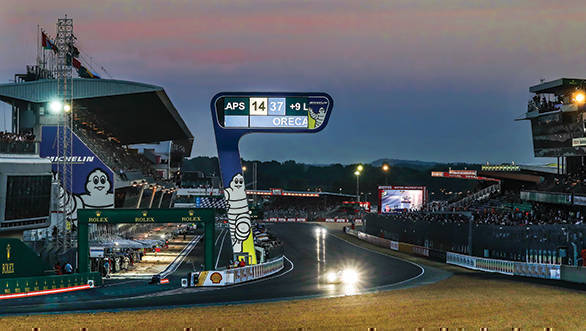 The other events that comprise the latter half of Season 8 of the WEC are the 6 Hours of Spa, scheduled for Saturday, 15 August 2020, and the 8 Hours of Bahrain, scheduled for 21 November 2020. The latter has replaced the 1000 Miles of Sebring which has been cancelled. This takes the total number of rounds in Season 8 to eight, which was the original number of races planned.

The ACO has also announced that the calendar for Season 9, which was originally meant to take place over the second half of 2020 and the first half of 2021, will now be reworked. The season is now expected to start no sooner than March 2021.

Speaking of the rescheduled calendar, Pierre Fillon, President of the ACO said: "An exceptional decision for an exceptional situation. In the context of what we are all going through now, the reprogramming of the WEC's Season 8 calendar required certain adjustments in concert with our different partners, competitors and host circuits. However, to ensure the quality and fairness of this championship, this year it is necessary to depart from the 24 Hours of Le Mans, scheduled for 19/20th September, being the Super Finale of the 2019-2020 FIA World Endurance Championship. This modification to the current FIA WEC has been established with full transparency and with the understanding of all concerned. Once again, the priority is to ensure the good performance of our championships by limiting as far as possible the effects of this crisis for all."

* Due to COVID-19, this calendar may be subject to modification