The Yamaha XT 500 was a classic lightweight enduro motorcycle, that came with a single-cylinder twin-valve four-stroke 499cc motor making 32PS. This popular dual-sport motorcycle was sold between 1975 to 1989 and was known for its performance, durability and reliability, earning immense popularity in the African rallies and also in the Paris-Dakar Rally. 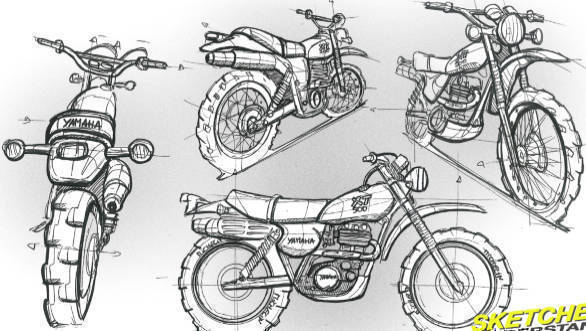 In an effort to reimagine how this classic would take shape five years from now, Yamaha and industrial designer Maxime Lefebvre have come together to develop the XT 500 H2O Edition concept, which as evident from the name is powered by water. Maxime Lefebvre is a French industrial designer who works with Kiska, the Austrian brand name behind the stunning designs of KTM, Husqvarna motorcycles along with designing the brand identity and strategy for Bajaj Chetak electric. Lefebvre started working on the XT 500 concept back in 2016, where he started working on a new lightweight design, which will stand true to the classic but with modern elements used for the frame, wheels, crash protection, seats and more. 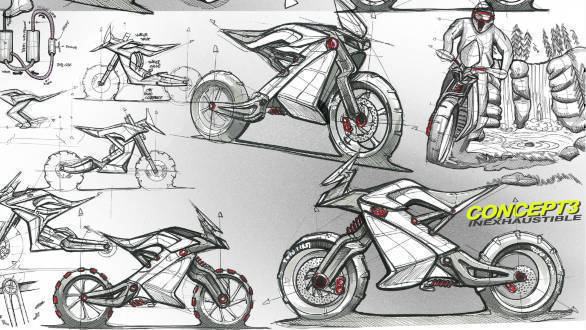 The Inexhaustible Concept 3 was finalised by Maxime Lefebvre and Yamaha

This was the Concept 1 which he called the Smart Tribute, followed by Concept 2 which was dubbed as lightweight. Similar to the XT500 sold in the yesteryears, Concept 2 sported a simplistic headlight, a sleek fuel tank and spoked/alloy wheels. Concept 3 is where the motorcycle started taking its final shape but with a fairing, twin lights and dual-purpose tyres. This was called the Inexhaustible concept, that was finalised after meetings with Yamaha. 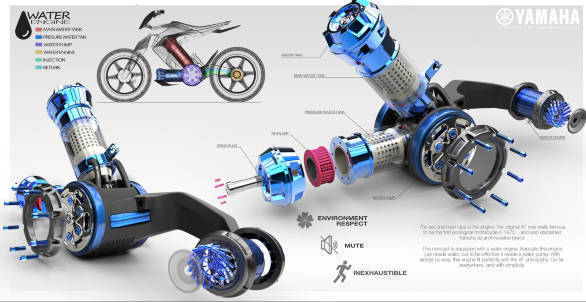 Lefebvre reveals the key areas were focussed on the power, transmission, handling, acceleration, braking and potential to jump along with a ground clearance between  245-310mm. What makes this concept a remarkable one is that it uses a water-powered motor, equipped with two water tanks, air-filter, drain plug and more. While the functioning is elaborated in the sketches, the exact working of the same has not been described. Considering that there five years, before you can see one of these on the road, we assume Yamaha could find a way to bring this into production. 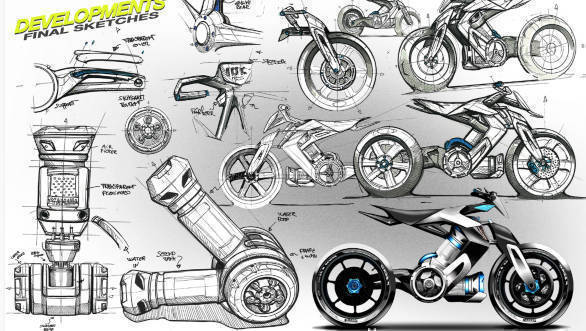 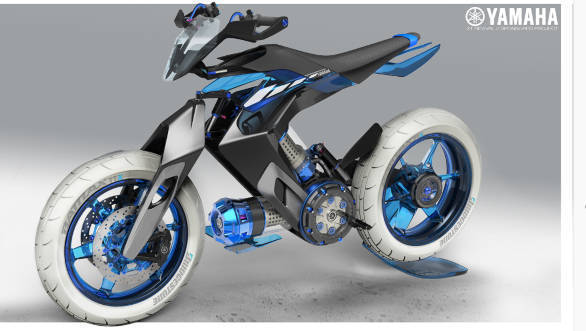 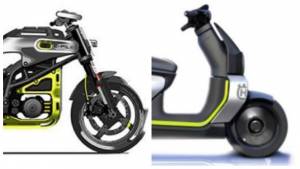 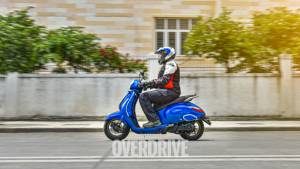 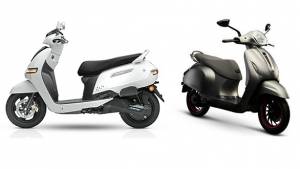