When it comes to the big adventure bike segment in India, we've seen what the big players in this space have brought to the table for the year 2021 - the updated BMW R 1250GS, the powerful Multistrada V4 from Ducati, even Harley Davidson brought in the big Pan America 1250. Now all these bikes come with updated styles, unique features, and even some improvements in their performance and dynamic characteristics that keep them fresh and relevant in the current scheme of things. Well, now the time has come for Triumph to unleash its latest flagship adventure bike the Tiger 1200 and this new bike isn't aiming to get up-to-speed with the latest crop of big adventure bikes, it's poised to get ahead of the lot of 'em. The big news here is that this is an all-new Tiger 1200 - a new engine, new chassis, updated suspension, the works. Triumph say that it has not only worked on the strengths of the previous Tiger 1200 model but also addressed some of its weaknesses as well. So, let's see what the latest-gen Tiger 1200 will bring to the table. 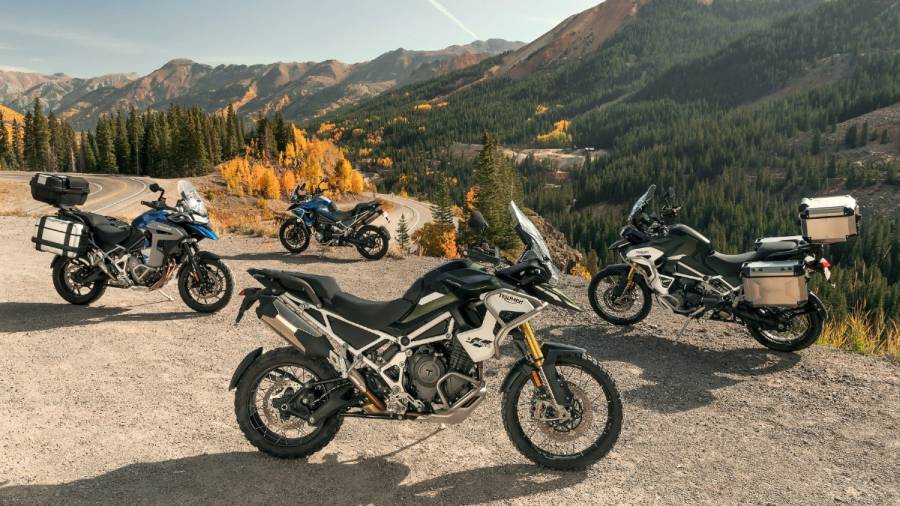 First up, there will be two families of the new generation Tiger 1200 that are aimed at appealing to riders who are simply interested in sport touring as well as the sort who look to tread off the beaten path in search of adventure  There's the GT, which is the more road biased motorcycle and the Rally Pro, which is the more off-road prepped version of the bike. There will be five versions of the new flagship Tiger in total, the Base GT, the GT Pro, the Rally Pro and two more equipped 'Explorer' versions of both the GT Pro and Rally Pro models. 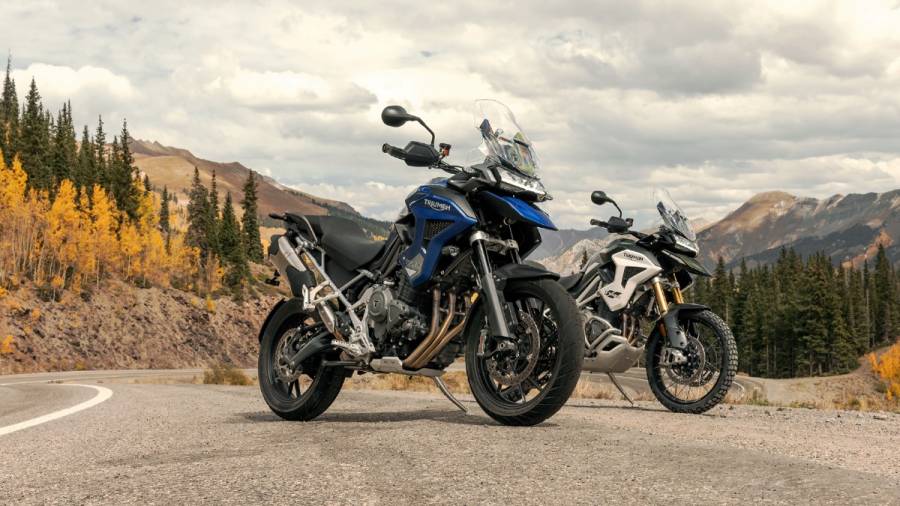 In terms of design, the first thing you'll notice about the latest gen Tiger 1200 is the front end which is a lot slimmer than before. The bike gets a new twin radiator design, which not only makes the bike appear visually lighter from the front, but it's also said to better at cooling performance and reducing heat onto the rider. This has allowed the engine to be mounted further forward which has altered the centre of gravity for the better, thereby aiding agility. The new tank design, the new graphics and badges all contribute to the New Tiger 1200 having a more slimmed-down, purposeful stance. For the GT models get two seat height settings  850 mm and 870 mm, while the Rally models get 875mm and 895mm. There will be a lower seat option available as an accessory, which brings the height down by an additional 20 mm. 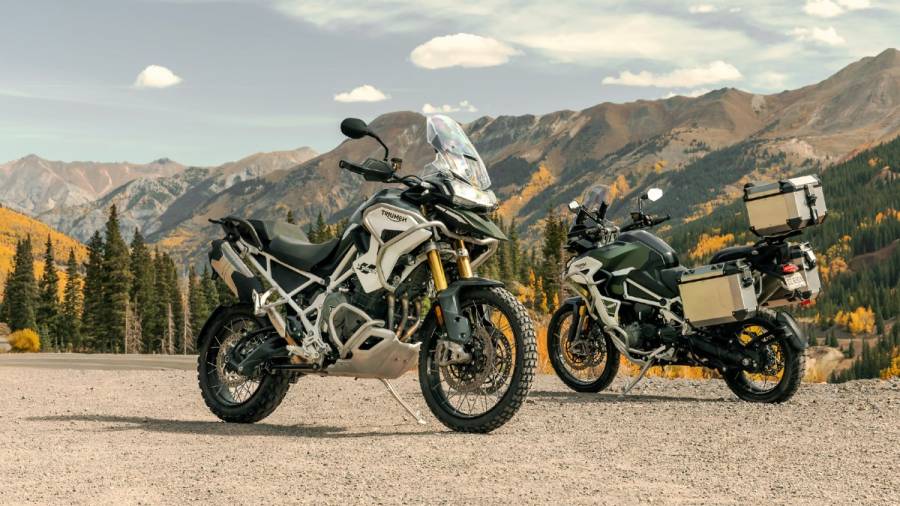 A strongpoint of the Tiger 1200 was always been the smooth manner in which it delivered its power, and that's something that the company have taken to the next level with this new bike. All variants of the latest Tiger 1200 are powered by the new 1160cc in-line 3 engine. The unique bit of the new DOHC motor is that it features a T-plane triple crank which Triumph claim gives the new Tiger 1200 the throttle character and sound of a twin at the low-end of the powerband while maintaining engaging power delivery in the midrange and top-end just as you would expect from a triple. And while the previous Tiger 1200 was no slouch, the new bike produces 150PS and 130Nm of peak power and torque, which is 9PS and 8Nm more than before. This also means that the Triumph produces 14PS over what is considered to be its closest rival in the form of the R 1250 GS. 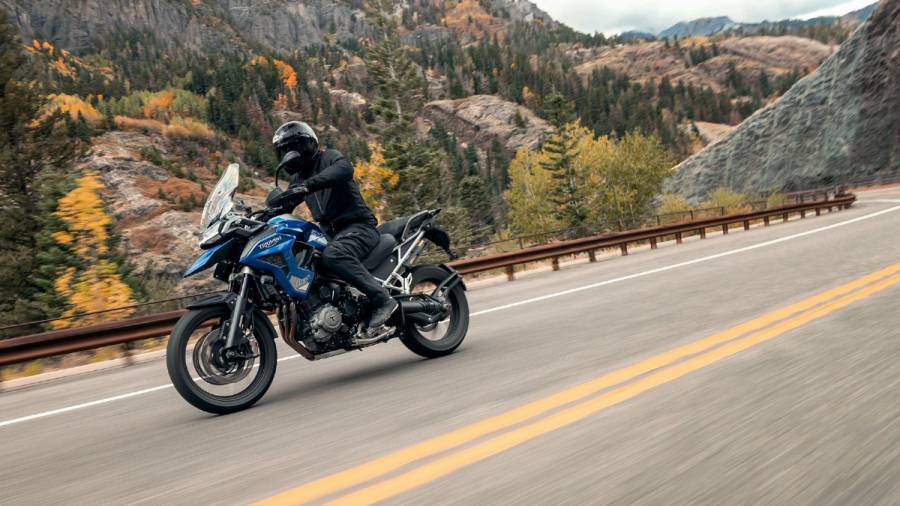 The new Tiger is also said to have a lower centre of gravity while also being significantly lighter than the previous model, with a new lightweight frame with bolt on sub-frame, a new minimal exhaust system, the new tri-link swingarm and lighter shaft-drive contributing greatly to this fact. This all translates to the new bike weighing in at 240kgs meaning that it's shed little over 25kgs of weight from its predecessor, and weighs around 17kg lighter than the 1250 GS. This alone should make the Tiger a lot more manageable on long excursions off-road as well as give it some more pep in its step on paved surfaces. 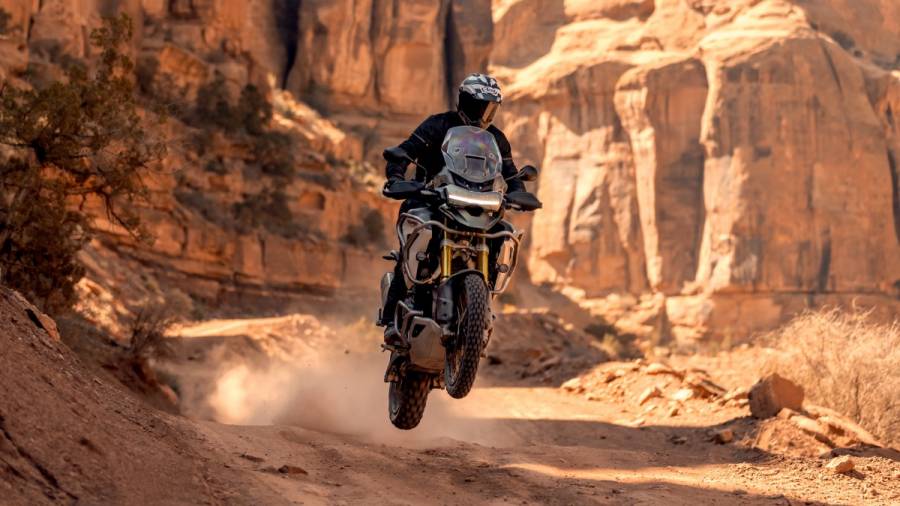 Even the base Tiger 1200 GT comes packed with a good amount of features  including the new keyless system which functions the ignition, steering lock and fuel lid, moulded knuckle guards, a new 7-inch TFT display with integrated connectivity system, three-ride modes, all-new LED lighting with DRLs. It also gets the new semi-active Showa suspension with automatic electronic preload and damping settings. Brembo Stylma monobloc brakes along with cornering ABS and an IMU are also standard fitment. All models of the new-gen Tiger get the same suspension setup, with the only difference in the GT and Rally Pro bikes suspension units being that the fork on the GT models allow 200mm of travel while the unit on the Rally models allows 20mm more travel. 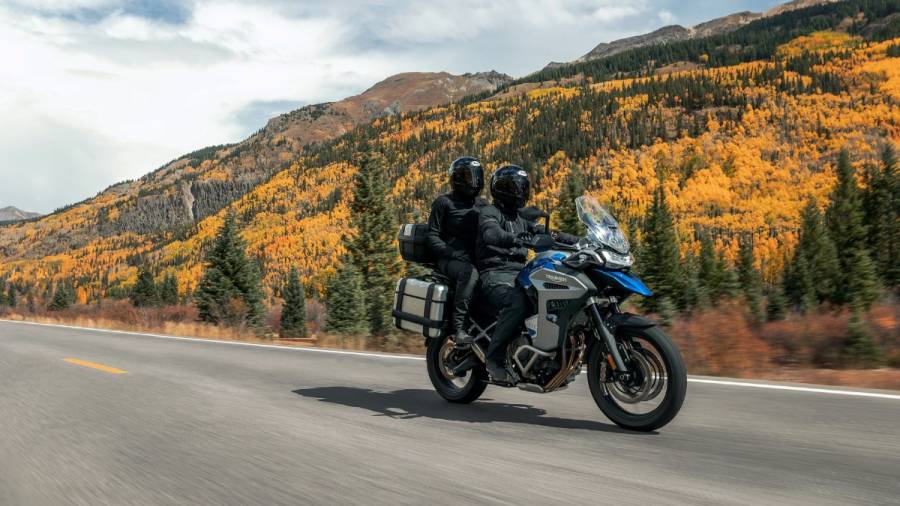 The standard GT model aside, the rest of the Tiger 1200 models get additional customisable ride modes, there's a maximum of six on the highest specced Explorer models and integrated adaptive cornering lights, heated grips, cruise control, hill hold control, and a bi-directional quick shifter, all as standard. The GT Explorer, Rally Pro and Rally Explorer get aluminium skid and sump guards and engine protection bars while only the Rally Explorer gets the additional fuel tank bars as standard fitment. Things that set both the Explorer models apart from the rest are features like the TPMS, heated rider and pillion seats and both models also feature Triumph's new blind spot radar tech which uses a radar at the back of the bike to provide blind spot assist and lane change assist to the rider. 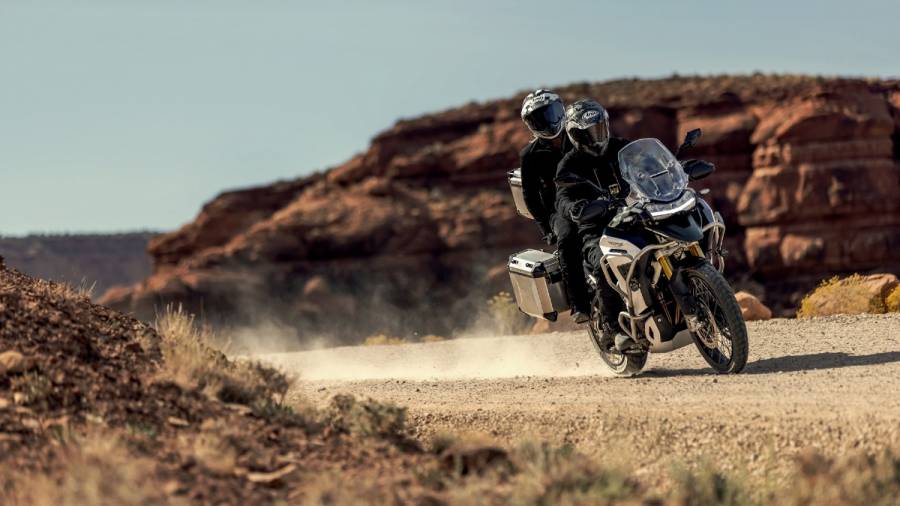 In terms of the wheels setup, the GT models make do with 19" front/ 18" rear cast aluminium wheels dressed in Metzeler Tourance treads for dynamic road riding, while the Rally models get a bigger 21"front/ 18" rear tubeless spoked setup and comes clad with Metzeler Karoo shoes on which is more apt for dual-purpose usage. Also the GT, GT Pro and Rally Pro models feature a 20-litre tank, while the two Explorer versions get a bigger 30-litre unit which should appeal to those who like to ride hard all day without having to hunt for a fuel station.

The base GT model will only be on offer in a white colour scheme, while the GT Pro and GT Explorer will be offered in black, blue and white colour options. The Rally Pro and Explorer models will be available in matte khaki and black in addition to the standard white colour scheme. Service intervals come at 16,000km or 12 months, whichever comes first, and also the new Tiger 1200 also comes with a 3-year unlimited mileage warranty, which is a first for Triumph. 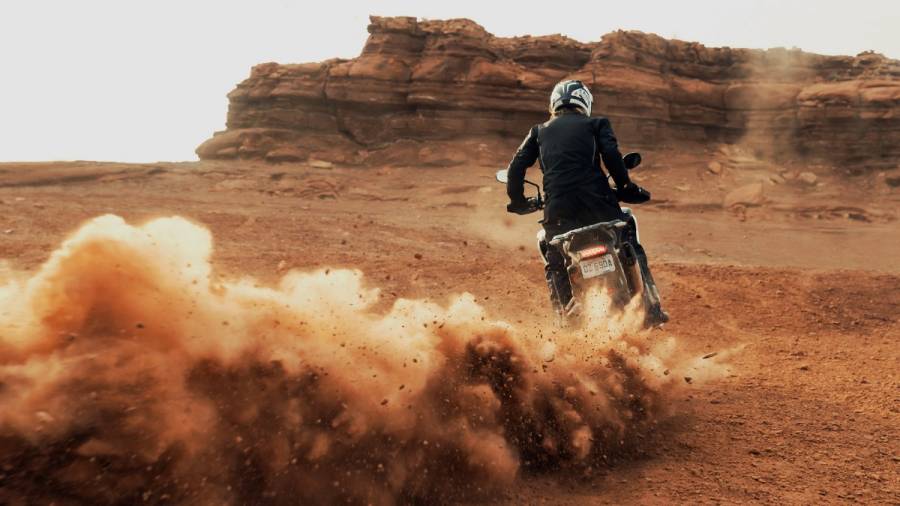 Another good aspect about Triumph 1200 has always been its pricing. It's never been the most expensive of the big adventure bike lot, and in that regard we expect Triumph to retain this high value-for-money aspect and price the new Tiger 1200 somewhere within the Rs 18 lakh-25 lakh (ex-showroom) bracket when it arrives in India in the first quarter of 2022.