Since September this year, Triumph has been talking to bikers around the world about an all-new entry-level model - the Trident - that aims to take on the 650 families from Honda and Kawasaki. While the two are powered and inline four and parallel twin 650cc engines, the Trident brings a 660cc triple cylinder option to the mix, borrowing the sprightly attitude of the Daytona and mixing it with the friendly nature of the Street Triple. The Trident model name finds its roots in the late sixties, but in 2021 it has been presented as a modern retro fit to take on the Honda CB650R. 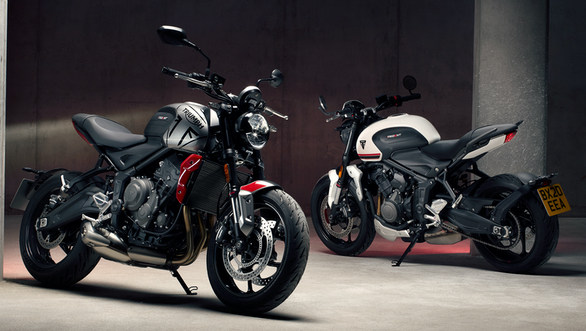 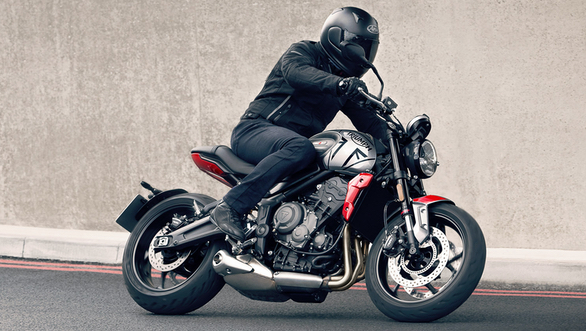 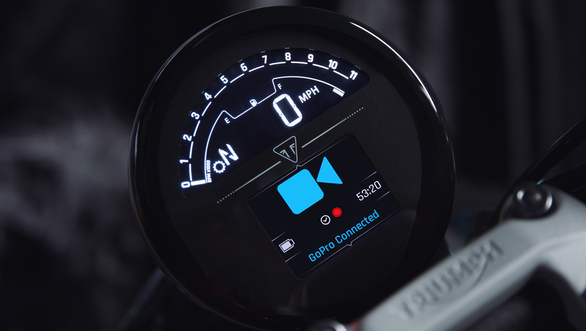 The teasers showed us that the Trident is a naked featuring a narrow and compact chassis, a Street Triple inspired tail light and a round headlamp with LED headlights. The Trident has a minimalist form. The 14l teardrop tank teasers a large Triumph "T" logo, while the knee recesses seem to be finished in a functional, grippy material with the Trident logo embossed in it. The bike is available in four colours and will have 45 accessory options to choose from - from fly-screens and grab handles to luggage options and touring accessories. 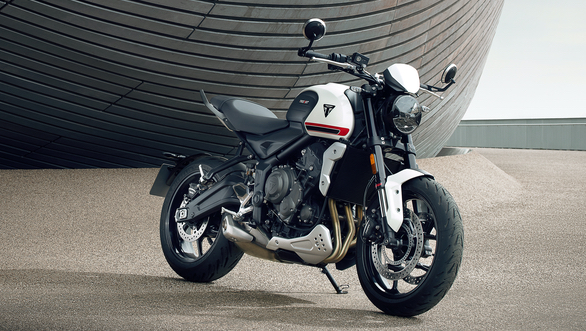 The wet weight of the Triumph Trident is 189kg and the chassis is suspended by Showa 41mm Separate Function USD Forks (SFF) and mono-shock rear. It is shod with Michelin Pilot Road 5 tyres which seem to be becoming the rubber of choice for most entry-spec street bikes. The Trident features 310mm discs up front and 255mm disc at the rear, with Nissin two and single-piston sliding callipers respectively. The Trident measures 2,020x795x1,089mm and sits on a wheelbase of 1,401mm, with a seat height of 805mm. 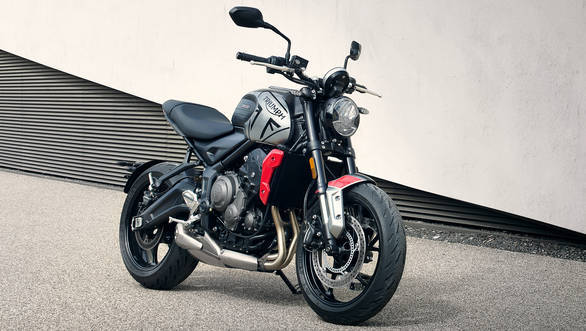 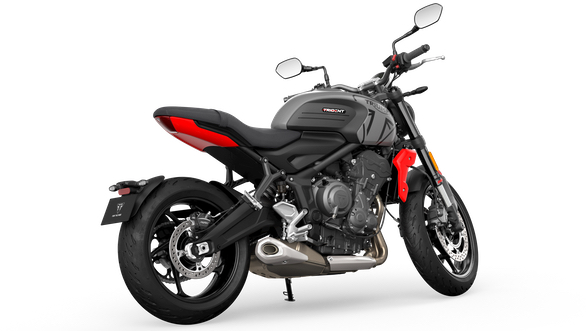