Ford India has expanded the Ford Ecosport line-up with the launch of the Ecosport SE. The SE features a revised rear-section and is priced at Rs 10.49 Lakh for the petrol and Rs 10.99 lakh for the diesel variant. This puts it below the Titanium Plus in the Ecosport price charts.

The big change with the Ecosport SE is the redesigned rear-end. The tailgate-mounted spare wheel has been dropped with the number plate taking its place and the silver faux skid-plate being added to the rear bumper. This is a very similar arrangement to what is seen on the international-spec Ecosport exported out of India. Ford will offer a puncture repair kit with the spare wheel now gone. The company says owners will be able to repair a flat tyre quickly with this, without having to remove the tyre from its housing. As per a ruling in 2020 from the Ministry of Road Transport and Highways, passenger vehicles don't need to be sold with a spare tyre as long as they are fitted with tubeless tyres and a tyre pressure monitoring system (TPMS). 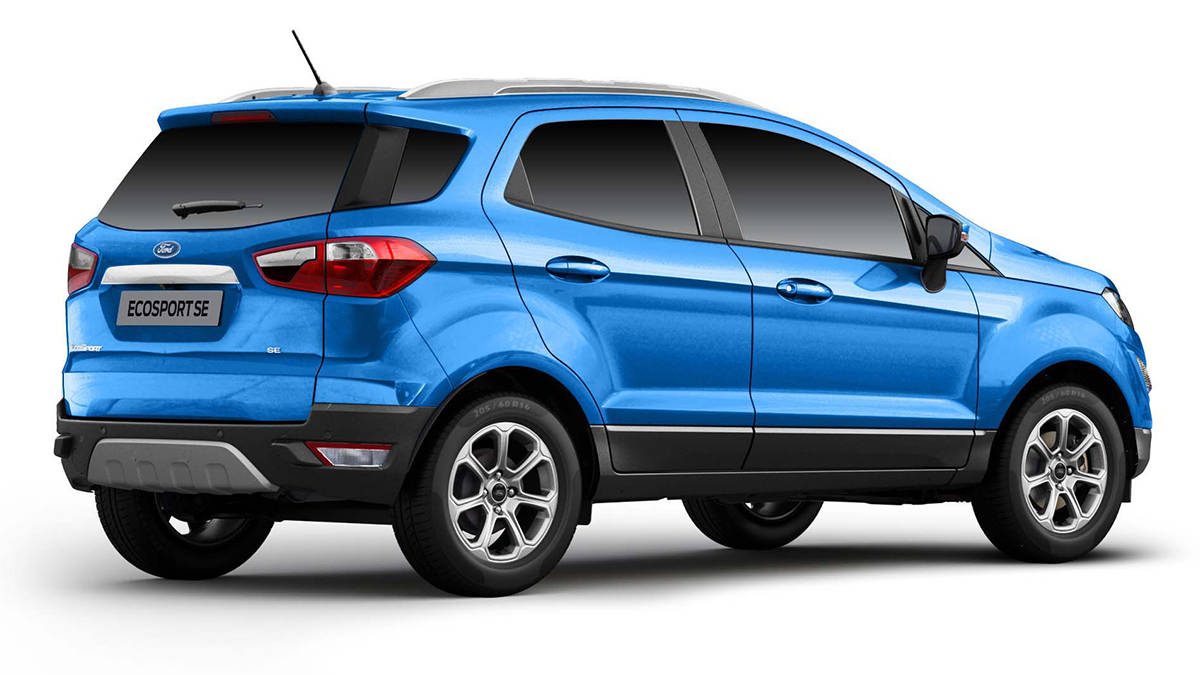 Other than this, the Ecosport SE remains unchanged from the standard Ecosport that remains on sale alongside. The Ford Ecosport is paired with the 1.5-litre naturally aspirated petrol engine that makes 122PS and 149Nm. A diesel version is also on offer that uses a 1.5-litre motor to make 100PS and 215 Nm. The Ecosport SE is only available with a five-speed manual with both engine options.