After leaked images of BMW's iX3 EV SUV surfaced recently, another upcoming BMW has been revealed before its official debut. This time it is the facelifted 2021 BMW 5 Series.

Like we noted from some spy shots earlier, the G30 5 Series facelift has received some minor cosmetic updates to its front fascia. These include a slimmer new design for the LED headlamps with integrated fog lamps, reworked bumpers with larger air dams, and a slightly larger single-piece grille like we saw in the facelifted X1, although the excessiveness of the 7 Series' grille hasn't been passed on here. The LED tail lamps now seem fashioned after that of the new 3 Series, with the distant L-shaped lighting element. 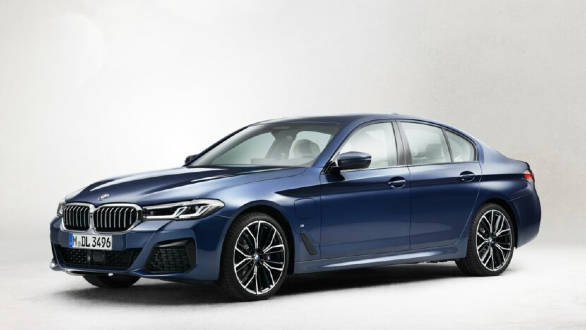 The interiors haven't been shown but they should also get some minor revisions - we expect the latest iDrive infotainment system, paired with the new digital instrumentation. This should be complemented by refreshed materials and trim. Equipment levels should also become more extensive, with much of safety tech of the newer cars like the 360-degree cameras, reverse assistant, lane-keeping assistance also making its way to this car. 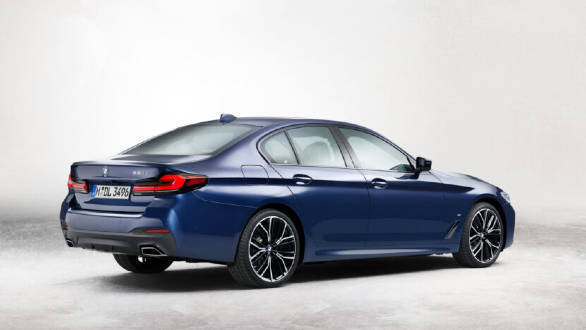 Engine options should carry on as they are for when the 5 Series facelift launches in India. Currently, the car can be had with a 2.0-litre 4-cylinder diesel with 190PS/400 Nm, an in-line 6-cylinder 3.0-litre diesel with 265PS and 620 Nm, and a 2.0-litre petrol with 252PS and 350 Nm. Globally, a 530e PHEV powertrain will be added to the line-up, as pictured here. This motor pairs a 2.0-litre four-cylinder petrol and an electric motor to make a combined 252PS and 420 Nm. A more potent 545e PHEV variant is also in the works with over 400PS, but it is unlikely that either of them make it to India.

Prices of the current-gen 5 Series start at Rs 55 lakh in India, ex-showroom, expect this to increase by about Rs 1 - 1.5 lakh when the new car comes here sometime early next year. The 2021 BMW 5 Series facelift will formally debut next week.