For long, the Triumph Rocket 3 has held the distinction of using the world's largest engine as far as production motorcycles are concerned. And last year when Triumph brought the new version out, the bike maker audaciously outdid itself by equipping the new generation Rocket with an even larger, 2,458cc triple-cylinder engine. And the 2020 Triumph Rocket 3 is now on sale in India, priced at Rs 18 lakh ex-showroom Pan India. Triumph launched the bike in Goa today as part of its sixth anniversary celebrations in India, also showcasing it to customers at the special celebratory evening. 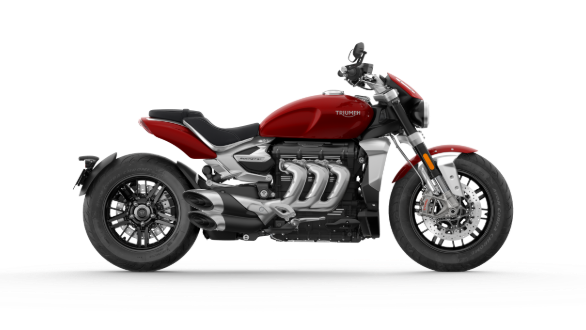 The new Rocket 3 as mentioned above uses a 2,458cc, liquid-cooled triple that puts out a superbike-rivalling 167PS, along with a stomach-churning 221Nm, the latter being produced at just 4,000rpm! The heady numbers aside, the new Rocket 3 has shed as much as 40kg, which is a massive number by any stretch of the imagination for a motorcycle. Despite the significant weight drop the 2020 Rocket 3 tips the scale at 291kg, so every time you ride it, you're talking about wielding a motorcycle weighing over 300kg. Not to forget the bike's gargantuan dimensions. 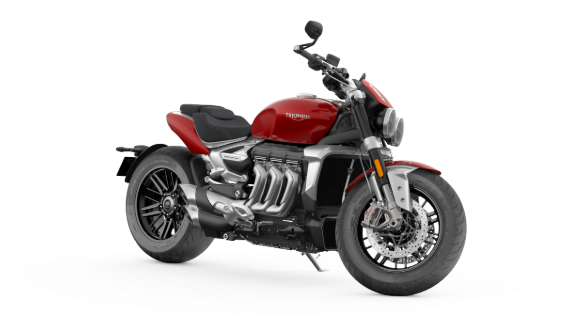 Needless to say Triumph has equipped the new Rocket 3 with cutting-edge electronics including four riding modes (Rain, Road, Sport and Rider configurable) along with traction control and cornering ABS as well. All information is accessed via a TFT display which also integrates a Bluetooth module that can be purchased as an accessory for smartphone connectivity. 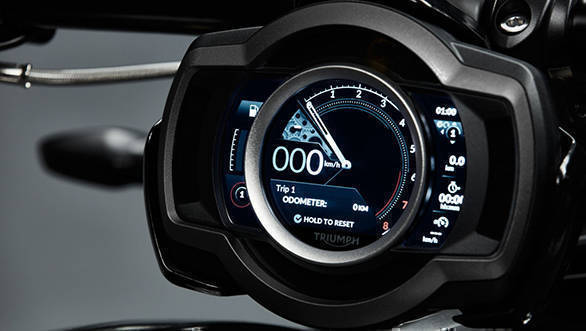 The spec list also impresses as far as cycle parts go. The 2020 Rocket 3 is suspended on fat, 47mm, upside down forks from Showa that offer compression and rebound adjustment at the front and a fully-adjustable Showa monoshock at the rear that uses a piggyback reservoir and also has a remote hydraulic preload adjuster. Braking duties upfront are taken care of by dual 320mm discs and top drawer callipers from Brembo, which are its M4.30 Stylema 4 piston radial monobloc units. 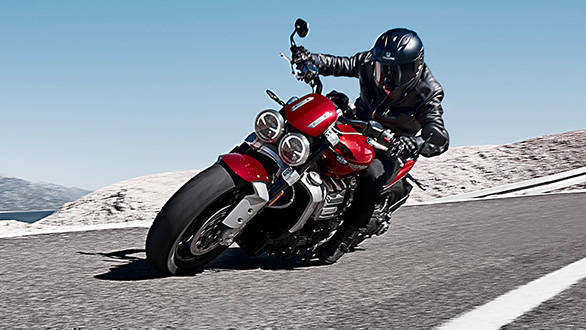 The new bike is also positioned as a more aggressive power machine now as opposed to the more cruiser-esque stance earlier and its sharper styling conveys the same in heaps. The crisper bodywork in fact makes the new Rocket look closer to a streetbike. Final drive is shaft drive, while the swingarm is a single-sided unit that shows off the gorgeous looking alloy wheel in full. Special emphasis has also been laid on the design of the exhaust end cans and the exhaust manifolds too. Overall the new Rocket 3 looks stunning and should also be quite a beast to ride. We cannot wait to swing a leg over! 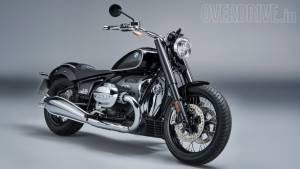 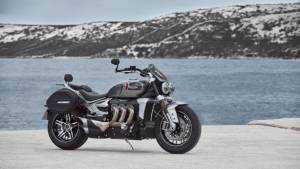