Putting an end to months of speculations, Honda has released an official teaser video of their upcoming ADV motorcycle, which we believe is the all-new Africa Twin. The teaser video does not reveal the motorcycle but just ends with a tag, True Adventure. The font for this is identical to that of the Africa Twin. Honda has also setup a website to accept interests from prospective customers in the 2020 Honda adventure model. What needs to be seen if the new ADV motorcycle from Honda is the new-gen bigger Africa Twin with a larger displacement engine or is it the younger sibling of the Africa Twin which could be the 850cc.

The new-new Africa Twin, if unveiled in the coming months or at EICMA, will be launched in the international markets later this year as a 2020 model. We believe Honda India could be launching the same in the country sometime next year.  It has been speculated that Honda is working on a bigger 1,084cc engine for the new Africa Twin that makes more power and will also come with host of riding aids Event the DCT unit is expected to get tweaks for better and quicker response, smoother shift and more intuitive gear changes.  Further, the 2020 model could also finally get TFT instrumentation much like all the other offerings in this segment. 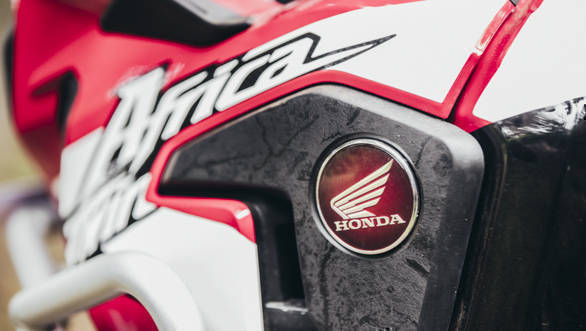 Keyless ignition is also one of the features that could be added to the Honda Africa Twin. The connectivity options could include Apple CarPlay and Bluetooth, both of which are offered on the new Honda GoldWing. The all-new Honda Africa Twin is expected to be showcased at the EICMA this year in Milan, Italy. But then, there have also been reports of Honda working on a smaller iteration of the Africa Twin to take on the likes of the Triumph Tiger 800, BMW 850 GS, KTM 790 Adventure and others. Honda could bring the larger Africa Twin first followed by the launch of the 850cc next year. This is something that can be clarified at EICMA, unless Honda drops strong hints. 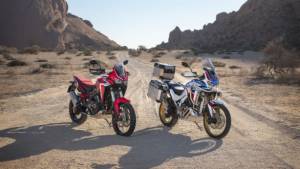