At the 2020 Federation of Motor Sport Clubs of India (FMSCI) awards, held in New Delhi, the best of Indian motorsport were felicitated. Indian rally star, and three-time APRC champion, Gaurav Gill led the way. Gill, who races for both Team Mahindra Adventure in the INRC, and competes with JK Motorsport in the European Rally Championship, was given the award for his outstanding contribution in the field of international rallying. 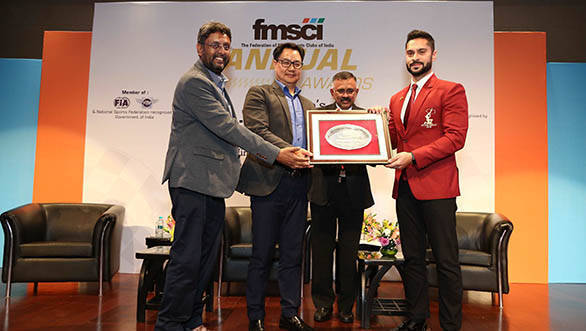 Gill became the first motorsport athlete to win the Arjuna Award in 2019, and has also six INRC titles to his name. Jehan Daruvala and Narain Karthikeyan also received recognition for their international racing. Daruvala finished third overall in the FIA Formula 3 championship in 2019, only narrowly losing out on runner-up position in the series. While Karthikeyan managed to take a podium at the Sugo round of the Super GT championship, and then won the Super GT x DTM Dream race at the end of the season. Another winner was Yash Aradhya, who was also the first motorsport personality to win the Pradhan Mantri Rashtriya Bal Puraskar. While 2019 FIM Bajas Women's Champion, Aishwarya Pissay, also won for her performance in the series. Over 110 awards were handed out in total. Speaking at the event, FMSCI President J. Prithiviraj said: "2019 has been nothing short of a golden milestone for us. It marked a year where motorsport got much-deserved credit and recognition of the highest order. The future of Indian motorsport has never looked brighter. These are truly exciting times and I am looking forward to seeing where we all can collectively take this sport."