Ferrari's latest mid-engined, V8-powered supercar, the Ferrari F8 Tributo has now been launched in India. Prices for the 488 GTB replacement start at Rs 4.02 crores, before options.

The Italian carmaker's twin-turbo V8 has been further honed for the F8 Tributo. In fact, the name itself is a homage to the long line of mid-mounted V8s that have traditionally powered mid-engined Ferraris. This car celebrates the most powerful such engine yet. 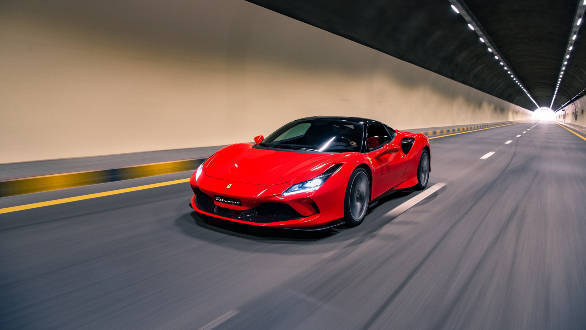 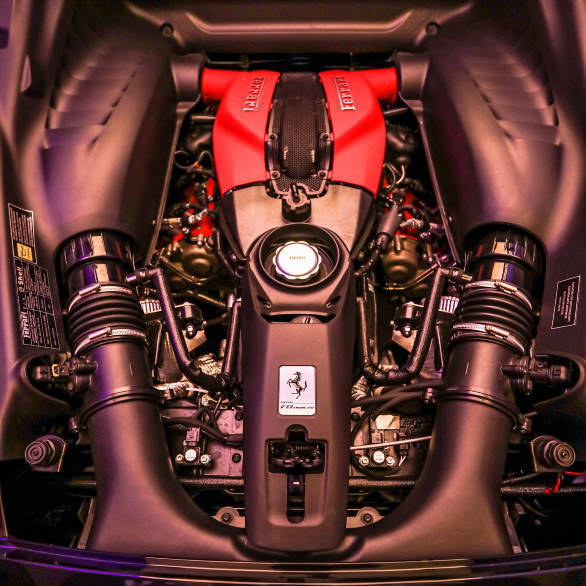 The 3.9-litre twin-turbo V8 makes 730PS and 770Nm, an increase of 50PS and 10Nm of torque compared to the 488 GTB. These outputs match that of the limited-run 488 Pista. The Tributo does 0 to 100 kmph in 2.9 seconds and breaches the 200 kmph mark in 7.8 seconds. The top-speed is 340 kmph. When it was unveiled at the 2019 Geneva Motor Show, the F8 Tributo was the fastest yet. That moniker has since been taken on by the SF90 Stradale. Alongside the updated engine, the F8 also features some of Ferrari's newest electronic gizmos, all focused on making you go faster. The Side Slip Angle stability system has now been updated to its 6.1 edition while a new version of the Ferrari Dynamic Enhancer (FDE+) which can be activated when manettino drive mode switch is in Race mode. The engine pairs with a seven-speed DCT.

Designed in-house at the Ferrari Centro Stile, the F8 Tributo also debuts a new design direction for the brand. This marryies a slightly edgier, cleaner look with even more aerodynamic focus. Ferrari claims the Tributo is 10 per cent more aerodynamically efficient than the 488. The supercar is 4611mm long, 1979mm wide and 1206mm tall and has been built around an aluminium architecture. 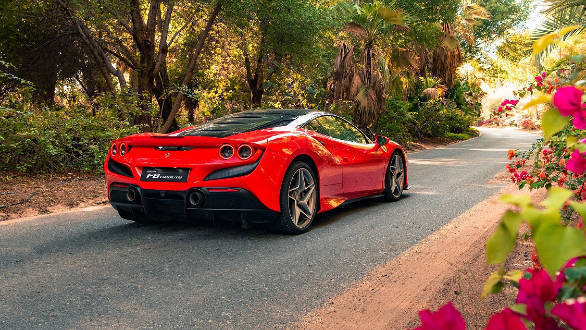 In its design, this is seen by the S-duct that dominates the front of the car. This element, derived from the track-focused 488 Pista, contributes to a 15 per cent overall increase in downforce compared to the 488 GTB. Slimmer headlamps have allowed for new brake cooling duct to be placed above them, while the overall shape has been optimised to smooth out airflow over the car. The F40-inspired screen over the engine expels hot air through its louvres. At the rear, the new spoiler is more efficient, which has allowed Ferrari to go back to its traditional twin-pot tailamp look, inspired here by the 308 GTB from 1975. Finally, there are flaps in the rear diffuser, these add downforce to the inside wheel while cornering, or close-off during high-speed runs.

On the inside, the F8 Tributo's dashboard, centre console and door pads have been completely revised over the 488. There is a new iteration of the HMI infotainment, with larger screens flanking the physical rev counter. There is also a 8.5-inch touchscreen facing the passenger. Another new addition is the smaller steering wheel, which features the traditional mannetino dial and all other vehicle controls.

The F8 Tributo closely rivals the Lamborghini Huracan Evo and the Mclaren 720S.