BMW India has confirmed that the 2020 X6 will be launched on June 11, 2020. The third-generation X6 debuted internationally in July 2019 and BMW India started taking bookings for it back in January.

Something extraordinary lies in
the dark. Be prepared. #2DaysToGo for #TheBeast to arrive. #TheX6 #StayTuned pic.twitter.com/lLrk7eH3fr 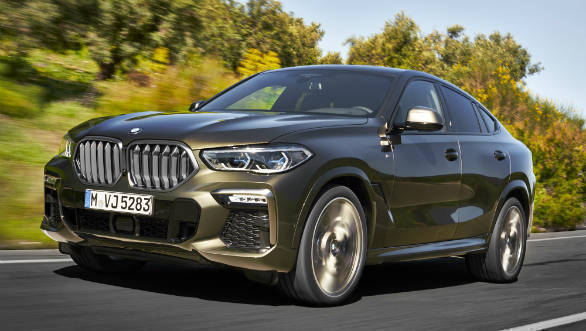 Codenamed as the G06, the new X6 borrows the underpinnings of the new X5 which was launched in India last year. Therefore, it sits on a similar wheelbase, but the bodywork in typical X6 manner is beefy, outrageous and full of styling cues from BMW's sportscar range. Compared to the X5, the kidney grille on the X6 sits marginally lower and are narrower at the top, but wider overall. BMW also gives you the option to illuminate the grille, but finding a music video to feature the car in is your lookout. The air dams are larger than the X5's too and that adds the much-needed butch stance that is reminiscent of the X6 line. 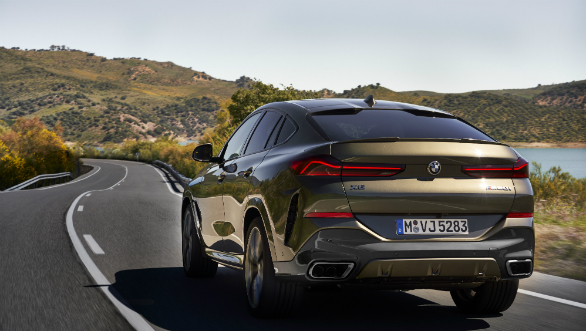 The all-important coupé form is highlighted by the tail though, which now has a sportier and sharper appearance. The tail sits lower than the outgoing counterpart, and like the X4, it uses sleeker taillights to highlight the connection with BMW's sportscar range. Contributing further that effect are two spoilers - a sloping split unit on the roof and a sharper blade-like spoiler on the edge of the hatch. Trapezoidal exhaust tips are the in-thing at BMW and the X6 gets its share too. 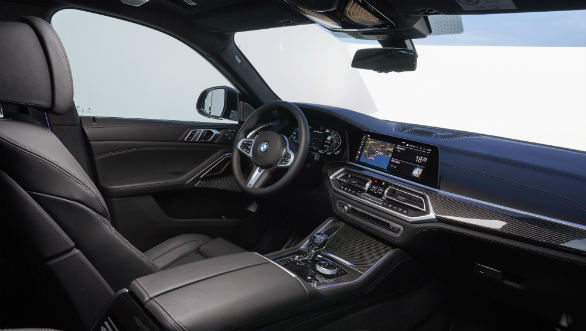 The petrol-powered X6 uses a 335PS, 450Nm, 3.0l six-cylinder turbo-petrol which can be had in the rear-wheel-driven sDrive40i variant, or in the xDrive40i with all-wheel drive. The previous xDrive50i is now replaced with the new M50i, which uses a 4.4l V8 from the 8 Series and puts out 525PS of power and 750Nm of torque. The diesel-powered X6 xDrive40d uses a 3.0l in-line six-cylinder turbodiesel with 340PS and 700Nm of torque. All the engines come with the ZF 8-speed transmission. Suspension duties are carried out by a double-wishbone setup up front and a multilink rear, with standard adaptive dampers or optional air suspension. The M50i gets electronic rear differential and torque vectoring too. 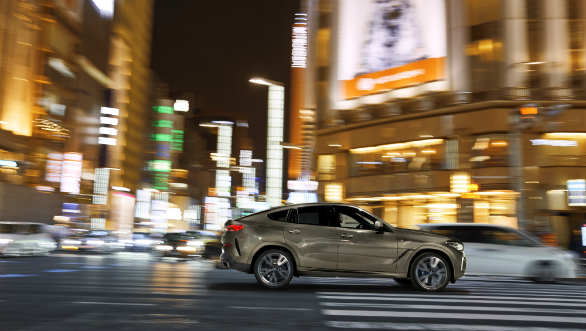 We expect the pricing of the X6 to start at a little over Rs 1 crore and extend all the way up to Rs 1.25 crore. 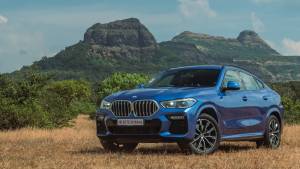