The fourth and final round of the Volkswagen Motorsport India Ameo Class of the MRF MMSC fmsci National Championship 2019 kicks off this weekend, September 13-15, at the MMRT near Chennai. Just 12 points separate the top- three drivers in this championship, which should allow for an exciting final weekend. 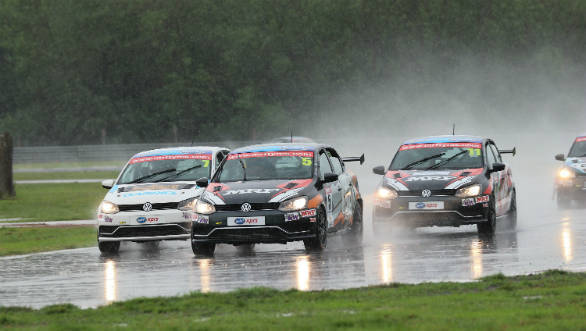 Saurav Bandyopadhyay, Pratik Sonawane and Jeet Jhabakh each scored a win in the third round and currently stand at 305, 394 and 284 points respectively. In the Junior Championship, Aiman Sadat has quite a big lead at 388 points. Viraj Jhala and Kaushick Raja are some way behind at 334 and 294 points.

Sirish Vissa, Head of Volkswagen Motorsport India said, "We have had a fantastic year racing the Ameo racecars in the National Championship. The last round was especially great with tricky conditions making it tough for the drivers and having three different winners over the weekend. With just 12 points between the top three drivers, I can already say we have had an extremely successful season. This is the level of competition that makes things exciting and we are delighted to have put together this platform for the Indian racing talent." He added, "We have to remember though that it's not over till it's over. The last three races over the weekend will surely have a lot more to offer and keep us on the edge of our seats and I would like to wish each one of our competitors all the best!"

Three races will be held the coming weekend to decide this year's winners.