Last year, Tata Motors launched a crossover-themed model based on the Tiago hatchback called the NRG (that is Tata speak for energy). This year, it has been updated with an addition of an AMT unit. The Tata Tiago NRG with AMT has been priced at Rs 6.14 lakh, ex-Delhi. This variant is positioned at Rs 45,000 more premium that the base variant with the Revotron petrol engine and Rs 40,000 lower than the Revotorq diesel model. The NRG AMT will be available with the petrol engine only. Also, the features list includes the new 7-inch touchscreen infotainment system with Apple CarPlay and Android Auto. 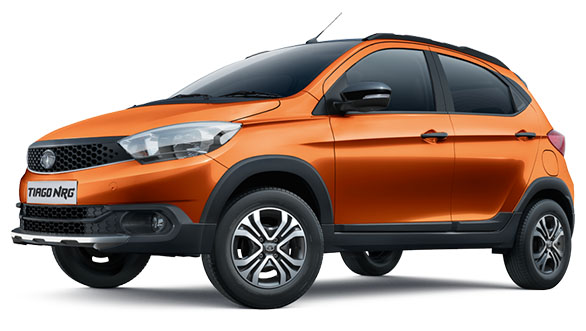 Dimensionally, the Tiago NRG is slightly longer, wider, and taller than the standard Tiago, while the wheelbase remains the same. The ground clearance on the NRG has been increased to 180mm. The NRG receives a black body kit, that includes two-tone front bumpers as well as integrated silver scuff plates, side skirts and cladding around wheel arches as well as tailgate. The grille, roof, mirrors, and B-pillar get blacked out. There is also a small roof spoiler. The Tiago NRG will be offered in 3 colors ? Malabar Silver , Canyon Orange , Fuji White. 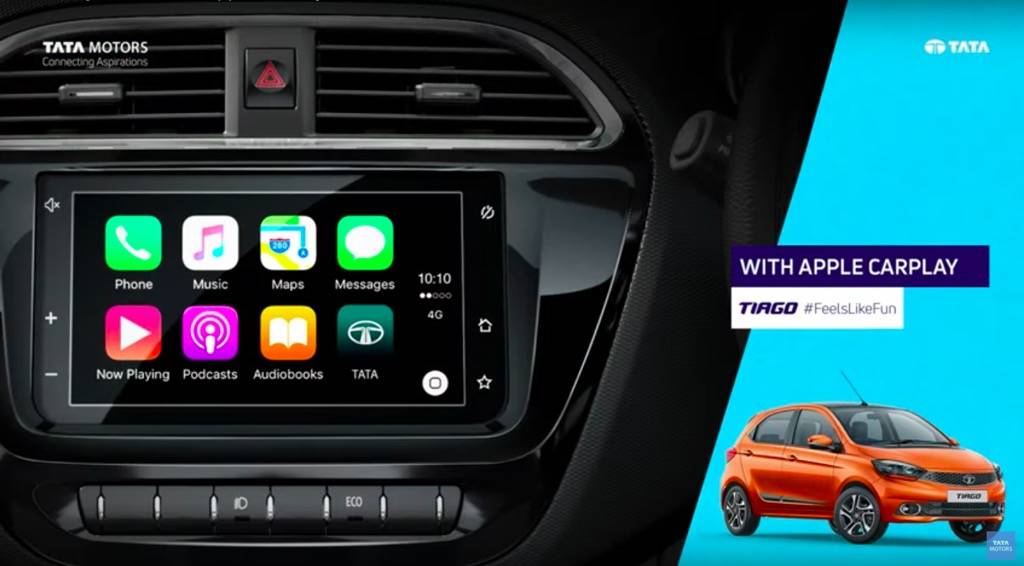 The Tata Tiago NRG's cabin gets distinct orange highlights to differentiate it from the regular hatch. The seats are wrapped in denim inspired fabric and these too get orange detailing. In terms of the features, the Tiago NRG now comes equipped with a 7-inch touchscreen infotainment system with voice assist and modern connectivity options. This update came in earlier this month when the XZ+ variants of Tiago and Tigor were enabled with CarPlay, as Android Auto was already on offer. It also gets a 8-speaker entertainment system with Bluetooth, USB, AUX-in and iPod connectivity along with 3D navigation. Tata Motors has also made dual front airbags, ABS wth EBD and corner stability control standard on the Tiago NRG.