The first stage of the 2019 Rally of Morocco got underway at Fes on Sunday, October 6. The riders had to travel 225 km, starting from the bivouac at Fes, and traversed a mix of terrain that included hardpack, and dangerous rocky mountain ravine trails. 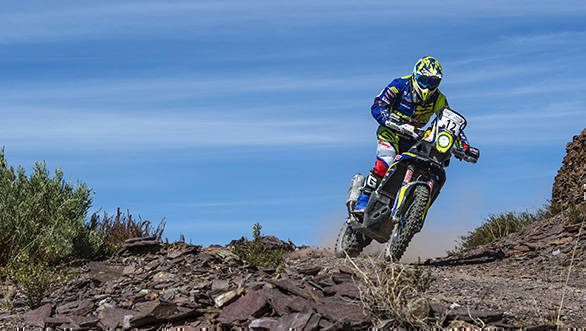 Leading the charge for the Sherco TVS Factory Rally Team was Lorenzo Santolino, who ended the first stage in P7. It was an impressive performance from the Sherco rider, especially given that Sam Sunderland took stage win, followed by Ricky Brabec and Matthias Walkner.

Speaking of his finishing position in the first stage Santolino said, "I am thrilled to complete Stage 1 with the top riders. The navigational terrains are a big challenge but our team and technicians are keeping a good check on the bikes to ensure optimum performance in the rally." 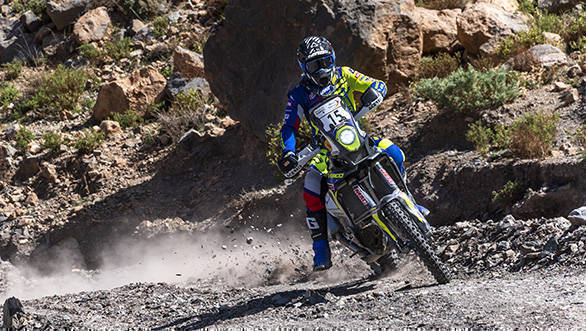 The team's other two riders, Johnny Aubert and Michael Metge finished in P25 and P28 respectively.

Over at the Hero MotoSports Team Rally outfit, it was Paulo Goncalves who took the lead, finishing P16 in the first stage. Goncalves was the second rider to open the stage, and didn't have tracks to follow, which made it hard to push. This was the reason that he decided to ride safe, finishing the stage in 16th place. 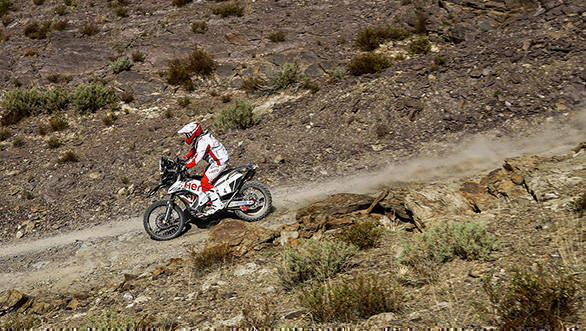 It was a tough day for Joaquim 'JRod' Rodrigues, with the Portuguese rider starting at the back of the pack and having to contend with dust thrown up by the riders who started ahead of him. This meant that he too decided to be cautious, and brought his motorcycle home in 18th place. 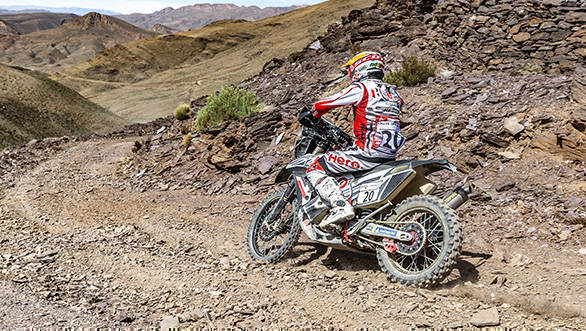 CS Santosh finished the stage in 36th place, challenged by the dangerous mountain roads and ravines. 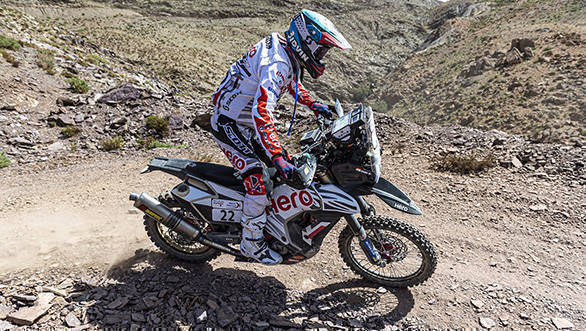