Stage 2 of the 2019 Rally of Morocco was the first part of the Super Marathon stage of the rally. It involved a 380km loop, in the Aoufous region of Erfoud. The stage was difficult, and took riders through the Erg Chebbi desert of Morocco. The Hero MotoSports Team Rally riders were focused on bringing their motorcycles back safely, given that the riders are all without their service teams for the night. 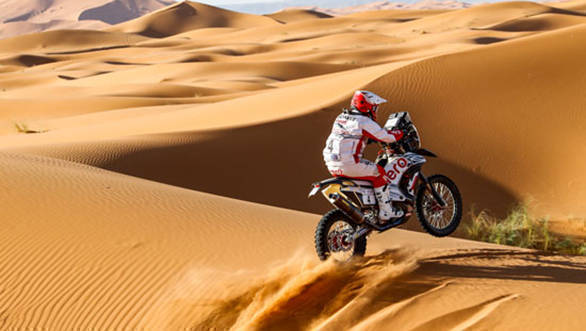 Paulo Goncalves was the strongest rider for the Hero team over Stage 2, finishing the stage 12th and ending 14th in the overall rankings. He seemed to be in good rhythm, and other than a couple of navigational errors, managed to ride well. 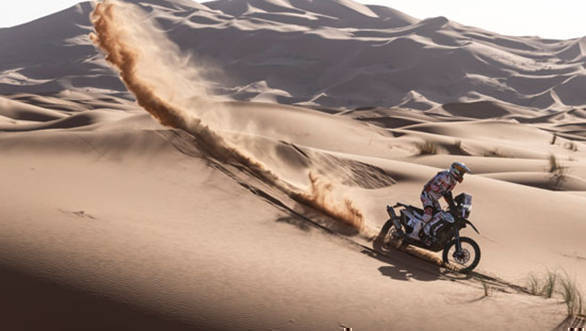 Joaquim 'JRod' Rodrigues managed to ride strongly as well, and gained ground early on in the stage. However, a navigational error pushed him down to 19th place. This has resulted in a 17th place ranking in the standings. 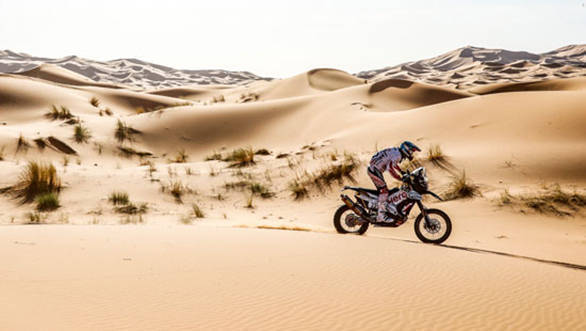 Also delivering a strong performance was CS Santosh. The Indian rider finished the stage 28th, which puts him 30th overall. "It was a really long day today riding in the dunes and a lot of navigation. But it was a much better day for me, I felt better on the bike and got into a nice rhythm. I did lose a bit of time towards the end in finding my way in a tricky section but definitely it was a much better performance than yesterday. So I am quite happy to arrive at the marathon bivouac and looking forward to the stage tomorrow," Santosh said.

Provisional Results of the Stage 2

Provisional Overall Results at the end of the Stage 2