Round 2 of the 2019 MRF MMSC FMSCI Indian National Racing Championship moves to its home turf at the MMRT, Chennai, and Saturday's racing began with a clean first race of the Ameo Cup, which saw Pratik Sonawane take a dominant victory after qualifying on pole position. He was followed by Saurav Bandyopadhyay and Jeet Jhabakh on the podium. 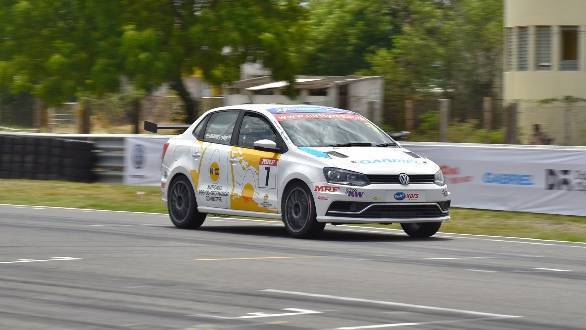 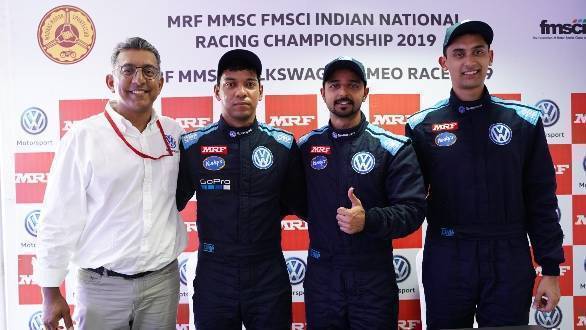 The VW Motorsport Ameo Cup cars proved to have a surprising turn of pace with a new compound from tyre suppliers MRF and quick track conditions helping drop lap times to the 1min 55sec mark, an improvement of a couple of seconds compared to when the championship ran at MMRT in the last season. 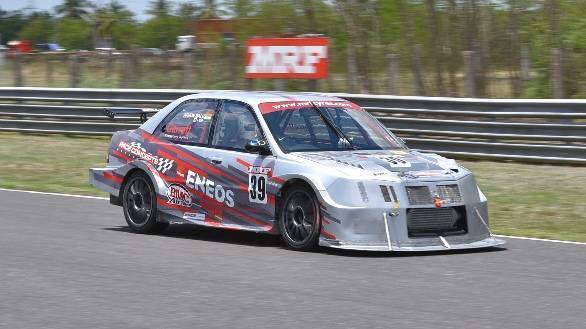 The premier class of Indian Touring Cars (ITC) ran alongside the Super Stock class on the grid, with Arjun Balu (Team Race Concepts) shooting up to a definitive victory after qualifying in fifth. Compared to the last round in Coimbatore, the veteran racer seems to have found a new turn of speed having overcome teething issues in his newly turbocharged Honda City VTEC, managing to pull nearly two seconds a lap over the quickest VW Motorsport Vento TC4A car of Karthik Tharani. At the end of the race, Balu held a nine second lead over second placed Tharani, with Nikanth Ram (Arka Motorsports) taking third, after a battle with Ishaan Dodhiwala (VW Motorsport). Incidentally, the best lap times of the VW Motorsport ITC Ventos are within spitting distance of the Ameo Cup cars. In the Super Stock classification, RP Rajarajan (Performance Racing) just about held off Rithvik Thomas (Team Race Concepts) to take victory, with Thomas' teammate Sudanand Daniel taking third. 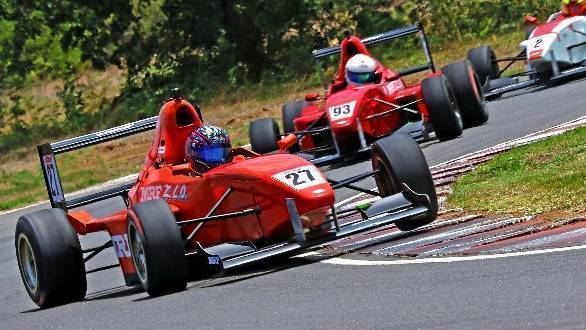 Coming to the single seaters, the two races of the F1600 threw up two winners, with Nayan Chatterjee and Vishnu Prasad getting a victory each. Race 1 saw Chatterjee come to the fore after pole qualifier Sohil Shah dropped down the order thanks to a drive through penalty in lap 4. Chatterjee finished the race in first, followed by Nirmal Umashankar and A Bala Prasath, while Race 2 had Vishnu Prasad followed by Sandeep Kumar and Raghul Rangaswamy. 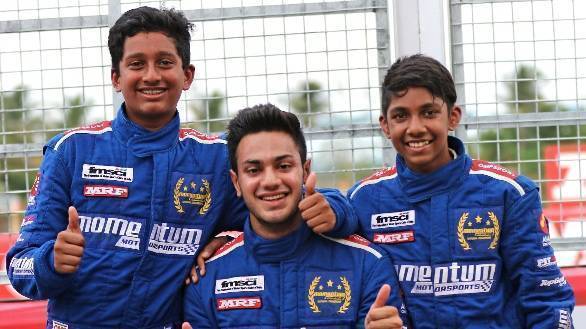 (Left-right: Chirag Ghorpade, Ashwin Datta and Tijil Rao of Momentum Motorsports cleaned up the podium in the LGB1300 race