The final round of the 2019 season of the MRF FMSCI National Racing Championship got off to an action-packed start thanks to another well-fought Indian Touring Cars race on Saturday, September 14, at the Madras Motor Racing Track near Chennai. 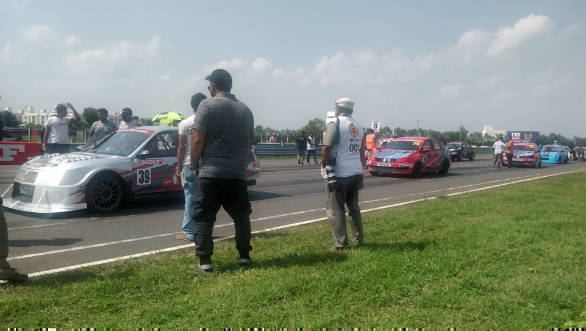 Arjun Balu started the ITC race on pole but dropped out in lap one, allowing VW's Dhruv Mohite to close the gap

Arjun Balu, the current leader in the ITC class took a comfortable pole earlier in the day but a freak mechanical failure caused him to retire from the lead on first lap of the race. Volkswagen Motorsport South Africa's Daniel Rowe, racing here as part of a driver exchange program with Volkswagen Motorsport India, then took the lead. He held off Arjun Narendra in some exceptionally close wheel-to-wheel racing, where a late charge in the last lap caused Narendra to lose control and drop to third. Dhruve Mohite had been in the mix, in third place, and picked up second spot as a result of this incident. He scored the full 25 points given Rowe's guest driver status and now sits at 144 points, behind Balu's 148 with a race to go. 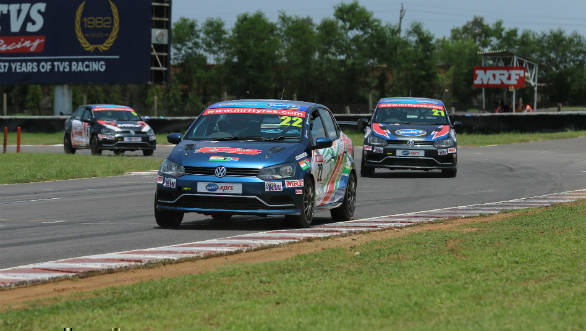 Jefferey Kruger #22 wins race one of Ameo Class Round 4

In the Ameo Class, Saurav Bandyopadhyay came in third behind South African guest drivers Jeffery Kruger and Tasmin Pepper in first and second respectively. He too scored the maximum points available, which took his tally to 357 points, ahead of Pratik Sonawane (334) and Jeet Jhabakh (328). Two more races remain on Sunday

Elsewhere in the FLGB 1300 class, Ashwin Datta swept up the championship with his second-place in today's race. This took his tally to 163 points, some way ahead of Sohil Shah at 95 and Chirag Ghorpade at 85.

In the premier F1600 single-seater competition, Raghul Rangasamy won the first race and finished fifth in the second race to take a two-point lead over Sohil Shah. They have 142 and 140 points to themselves respectively, while Nayan Chatterjee is third with 121 points. The winner of the other race was Manav Sharma.