The first race on Sunday, of the combined grid of ITC and Super Stock cars, set the bar high in terms of all-out action with Ishaan Dodhiwala winning his first ITC race after the win was stripped from teammate Karthik Tharani. With the previous race winners being given weight penalties in line with new rules set out for this year, in addition to a top 6 reverse grid, the race saw Arjun Balu (Team Race Concepts) and Karthik Tharani (VW Motorsport India) trade paint midway through the race. 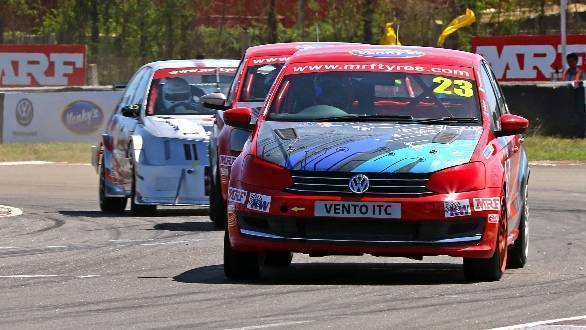 Despite a trip through the grass after failing to get his Honda slowed down for a corner, Balu rejoined the race to end in fourth position. Tharani, on the other hand, failed to notice the signal for a drive through penalty meted out for starting the race outside the box markings, and was black flagged. As a result moving his teammate Ishaan Dodhiwala into first place, with Nikanth Ram (Arka Motorsports) and Arjun Balu completing the podium. The stewards also handed out a one race ban to Tharani for ignoring the black flag, which means he will miss the next race scheduled for mid August. 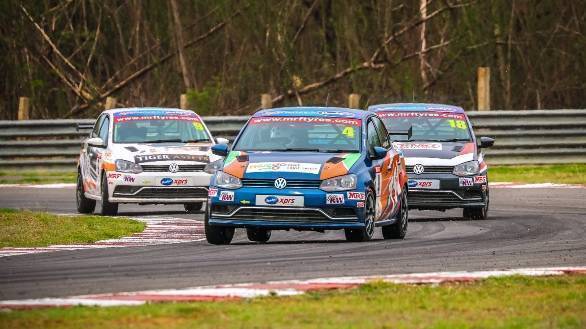 The second race of the Ameo Cup saw the top 12 start in a reverse grid for the first time, which put top runners Pratik Sonawane, Saurav Bandyopadhyay and Jeet Jhabakh at the back of the grid. While Bandyopadhyay and Sonawane sliced through the pack to end the race first and second, a racing incident saw Jhabakh DNF. Avik Anwar who started the race in second place on the grid, completed the podium. 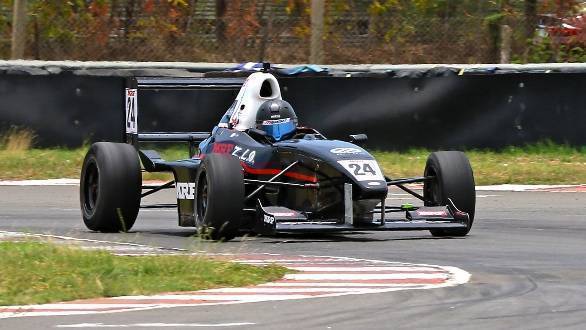 In the F1600s, Sohil Shah got wins in both races. In race 1 he was followed by A Bala Prasath and Manav Sharma, while race 2 had Nayan Chatterjee and Vishnu Prasad complete the podium. In the Formula LGB1300 category, Viswas Vijayaraj (DTS Racing) took victory over Sohil Shah (M Sport) and Ashwin Datta (Momentum Motorsports).