An official press photo of the 2019 Maruti Suzuki XL6 has been leaked ahead of the premium MPV's debut in India on August 21. This image gives us the clearest idea yet of what this vehicle is expected to look like. 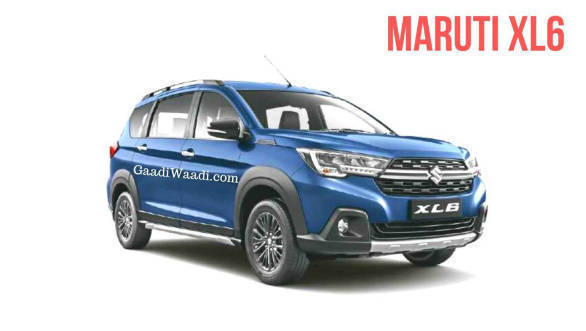 Unlike the rear, which borrows heavily from the look of the Ertiga, the XL6's face is unique. The grille is now a widening hexagonal design, with twin chrome strips running through it. The LED headlamps are quite sharply cut and sit flush with the grille. There's heavier body cladding on the lower part of the car and a more sculpted bumper as well. The faux skid plates and dark alloys add more aggression. 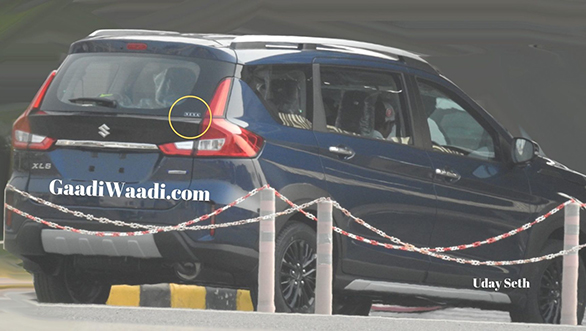 It seems like the new MPV could be based on the Ertiga's version of the Heartect platform, given how this is the only available and suitable base for Maruti Suzuki to build a car such as this. We think it'll probably be a 6-seater, the second-row having captain chairs. The interiors are expected to be quite upmarket, with a premium dash layout and a long features list. Safety features should take a step forward too. As these pictures have made clear, the XL6 will be sold via the Nexa chain of sales/service outlets.

We expect the engine options to include the K15B 1.5-litre petrol which first debuted in the Ciaz, this motor puts out 104PS and 138Nm. This engine's mild-hybrid capabilities should be made available here.

Images of the interiors have been released already. The XL6's dash design is quite similar to that of the Ertiga, with its continuous air-vent look, but with a premium all-black touch to it and upmarket gloss-black panels. The infotainment unit also seems to have been upgraded to the new Smartplay Studio interface. The rest of the interior also gets an all-black treatment, with the middle getting captain seats in place of a bench. We expect equipment levels to be close to what the Baleno and S-Cross offer, so expect automatic wipers and headlamps, full LED headlamps, more airbags, aside from all the features already available in the Ertiga.