The opening round of the 2019 JK Tyre FMSCI National Racing Championship took place between  July 26-29 at the Kari Motor Speedway near Coimbatore. The 22nd iteration of this championship began with as many as seven national champions on the Formula LGB 4 grid. This edition has been repackaged completely, making the Indian Formula LGB-4 and the LGB Novice Cup the prime attractions. 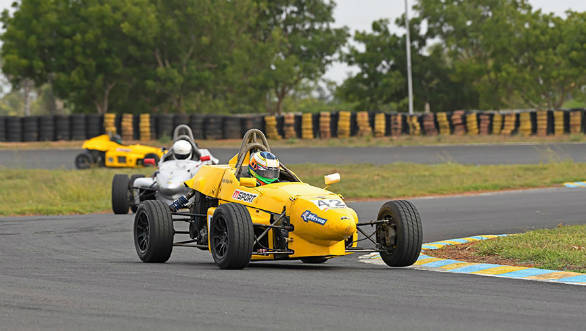 The star-studded line-up of the LGB 4 races didn't disappoint on track either. In the first race on Saturday, July 27, Vishnu Prasad of MSport racing came out on top. Ashwin Datta had been leading since lap one, but a safety car incident hurt his momentum, causing him to drop to third behind Rohit Khanna. Raghul Rangasamy and Vishnu Prasad won a race each on day two. In the first race, Rangasamy (MSport) was first, followed by Prasad and Sandeep Kumar A. The second race saw Prasad snatch a last-lap win over Rangasamy, following the two was Ashwin Datta. These results put Prasad at the top of the LGB 4 leaderboard with 28 points, although this result was reached after quite a bit of post-race drama. 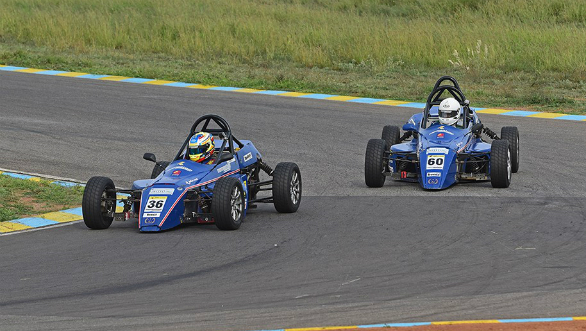 The focus on upcoming talent for this season was quite evident in the first round. In the first race of this year's Novice Cup, 14-year-old Chirag Ghorpade took the win. He was followed by Aaroh Ravindra and Mohamed Ryan. Ghorpade continued his good run into the second race as well, making it two-for-two for him. Behind him in the second race were Ravindra and Parikshit. Dardhalli. It would have been a clean sweep for Ghorpade, but a jump start meant that his first-place finish in the third race was disqualified. This allowed Mohamed Ryan to take the win, followed by Ravindra and Mihir Avalakki. This was a major setback for Ghorpade, he lost the championship lead to Ravindra.

The Suzuki Gixxer Cup support races were also held alongside the LGB 4 and Novice Cup events. here Syed Muzammil Ali won the first round. Tanay Gaikwad and Amul Angadi clinched second and third place in a 31-strong grid. Ali and Gikwad repeated their performance in the second race too, while the third position went to Sidharth Sajan.

The next two races for this edition of the championsip will take place in Coimbatore and the fourth and final round at the Buddh International Circuit  in Greater Noida. Here, JK Tyre will unveil its next international Formula car, set to replace the Euro JK 18s from last year. 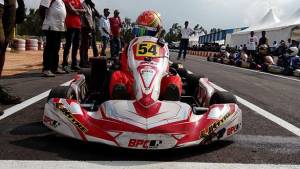