The second round of the 2019 JK Tyre FMSCI National Karting Championship at Meco Kartopia in Bangalore saw some strong performances in each of the three categories, with Agra's Shahan Ali Mohsin and Bengaluru's Mihir Suman Avalakki holding on to their leads in the Senior Max and Junior Max categories respectively. 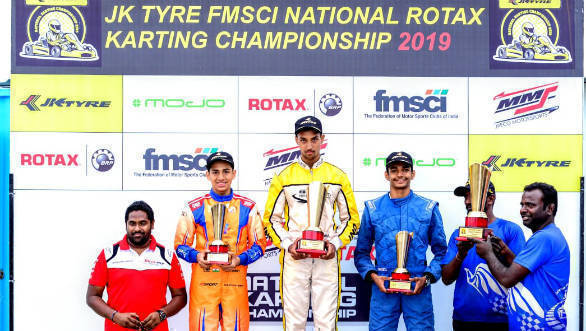 In the Senior Max category, Manav Sharma from Faridabad scored two more points than Mohsin, his 88 points coming from a win in the final and a second place in the pre-final. As for Mohsin, he scored 86 points with a win in the first race and a second in the other event. Bala Prasanth finished fifth in both races to score 78 points and take third position with 160 points. Mohsin is at 175 points and Sharma at 173. 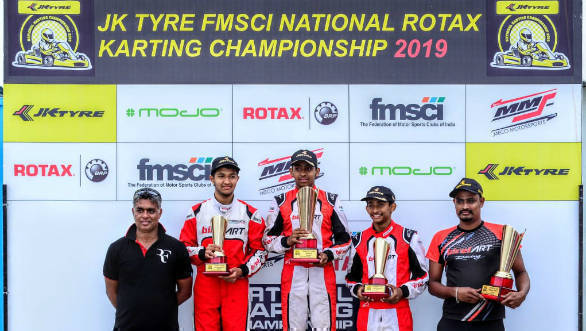 Avalakki started slowly in the Junior Max category, with a fourth place in the first race. But his second place in the final race let him collect 83 points and take his total tally to 172. His teammate Rishon won both races, his 89 point haul allowing him to tie with Avalakki. Ruhaan Alva's tally stood at 165 points, his two second places allowing him to score 82 points. This also meant that the Birel Art team locked out the podium. 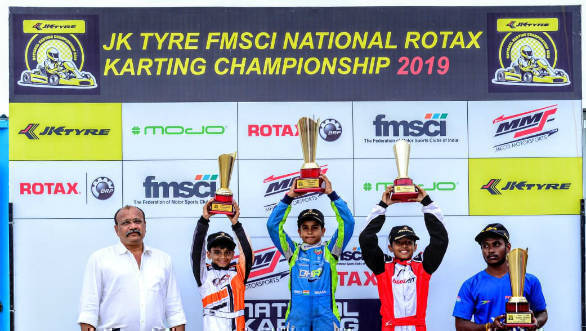 As for the Micro Max category, Ishaan Madhesh won both races to extend his points tally to 178. He was followed by Jagrat Detroja in second with 166 points and Anshul Sai Shivkumar in third with 157 points