Team OVERDRIVE recently reported that the two-door variant of the 2019 Jeep Wrangler Unlimited was spotted in its Sahara trim in Pune. New spy shots reveal that the company is also readying a four-door variant of the same. The spotted SUV was the all-new JL generation 2019 Jeep Wrangler Unlimited Sahara, that internationally sits below the Rubicon trim - the highest trim.

The Wrangler is available in both petrol as well as diesel engines, however, the engine that could interest the Indian market is a 2.2-litre diesel engine that produces 200PS and 488Nm of torque.

Cosmetically, the Wrangler range sports a similar fascia as its predecessor, however, the elements have been updated to meet the new day-and-age. The headlamp assembly is an all LED unit. Also, the feature list is longer with the newer model.

Mechanically, the vehicle gets an updated ladder on frame chassis with water wading up to 30-inches. The 277mm ground clearance also helps in this regard.

The 2019 Jeep Wrangler Unlimited range is expected to be priced from Rs 58-68 lakh and will rival the Mercedes Benz GLC and the BMW X4. Expect the Jeep Wrangler unlimited to be unveiled officially by the second half of 2019. 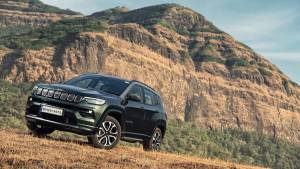 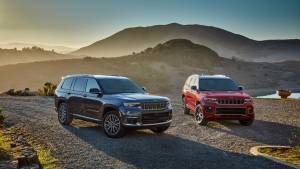